Restoration of Pre-August 5 position of J&K, not statehood our priority, says Mehbooba in Kupwara 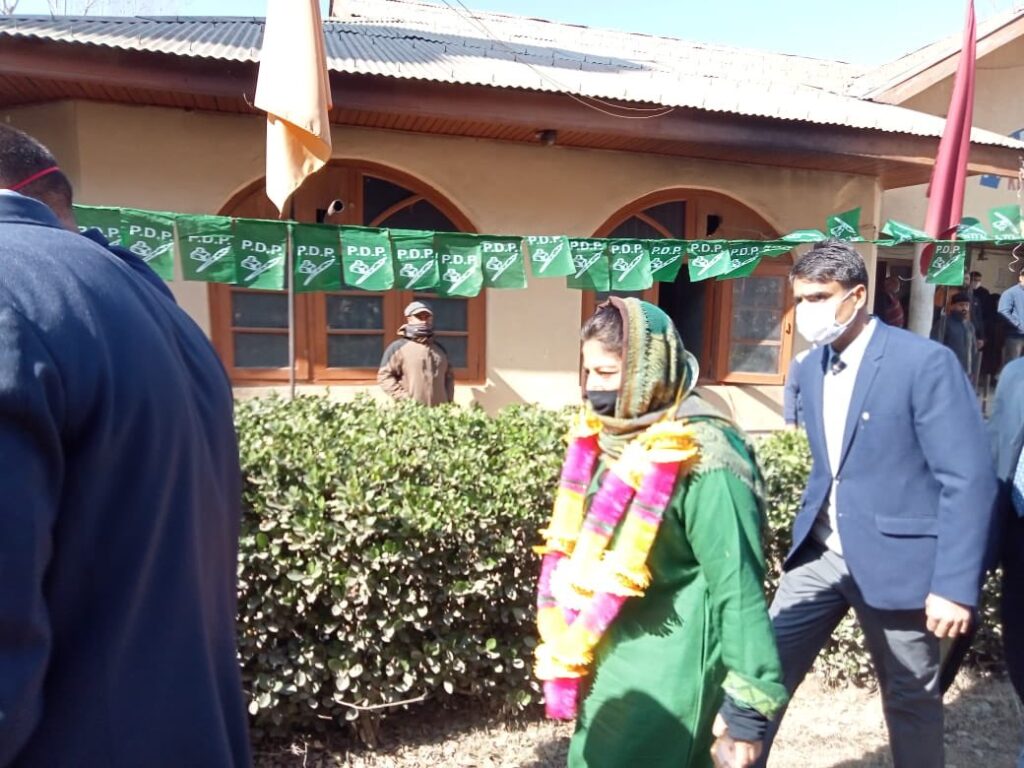 Kupwara, Feb 16: The formers chief minister and president People’s Democratic Party, Mehbooba Mufti Tuesday said that they are not talking about the restoration of statehood but all they want is to restore the status of Jammu and Kashmir which it had before August 05, 2019.

Talking to media persons on the sidelines of a party function at Kupwara, Mehbooba Mufti said that the Kashmir issue should be resolved by initiating dialogue with Pakistan and the people of Jammu and Kashmir as there has been lot of bloodshed due to the contentious Kashmir issue.

She said that they were not talking about the restoration of statehood but about the status of Jammu and Kashmir which it had before August 05, 2019 and peaceful resolution of Kashmir issue.

Mehbooba also demanded the release of all Kashmiri people including political leaders who are languishing in various jails in and outside Jammu and Kashmir.

“If anybody is raising voice against them that voice is suppressed and recently everybody watched how they arrested a 21-year-old girl for raising her voice in favour of the farmers who are protesting against newly framed farm laws,” she said.

Mehbooba said that the voices are not being silenced in Kashmir only but everywhere in the country however, more harsh measures are being taken in Kashmir.