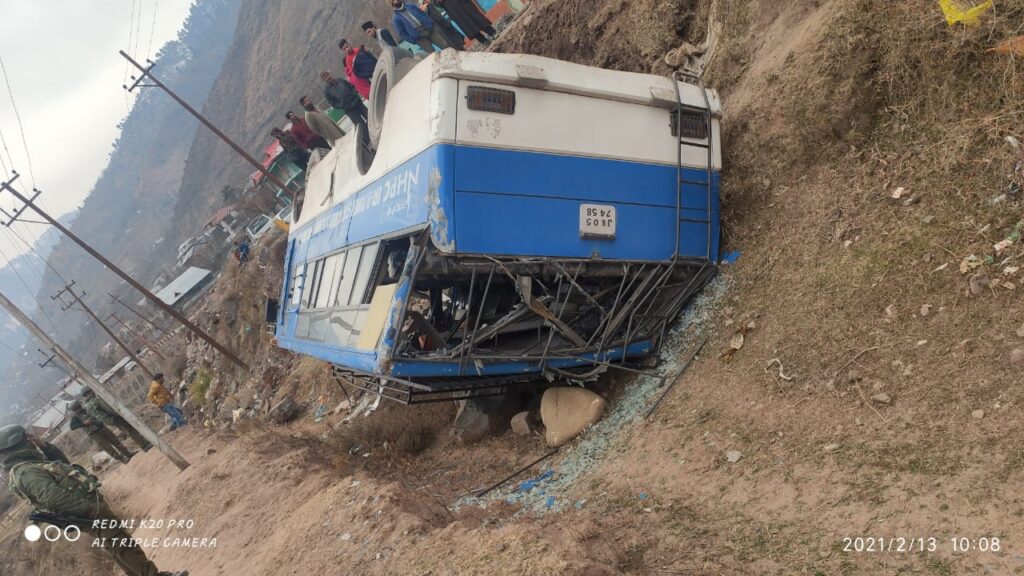 Uri (Baramulla), Feb 13: At least three CISF personnel sustained injuries when a vehicle they were travelling in, skidded off the road in Uri in Baramulla district on Saturday.

Reports  said that a vehicle (JK-05 7458) on its way from NHPC-II Chandayan towards Uri when it met with the accident near Salamabad Uri, resulting in injuries to three persons.

A senior police officer confirming the incident said  that the trio was removed to Sub-District Hospital Uri for treatment.
All of them are said to be responding well to the treatment, the official added. gns