Kralpora family protests against alleged murder of their son 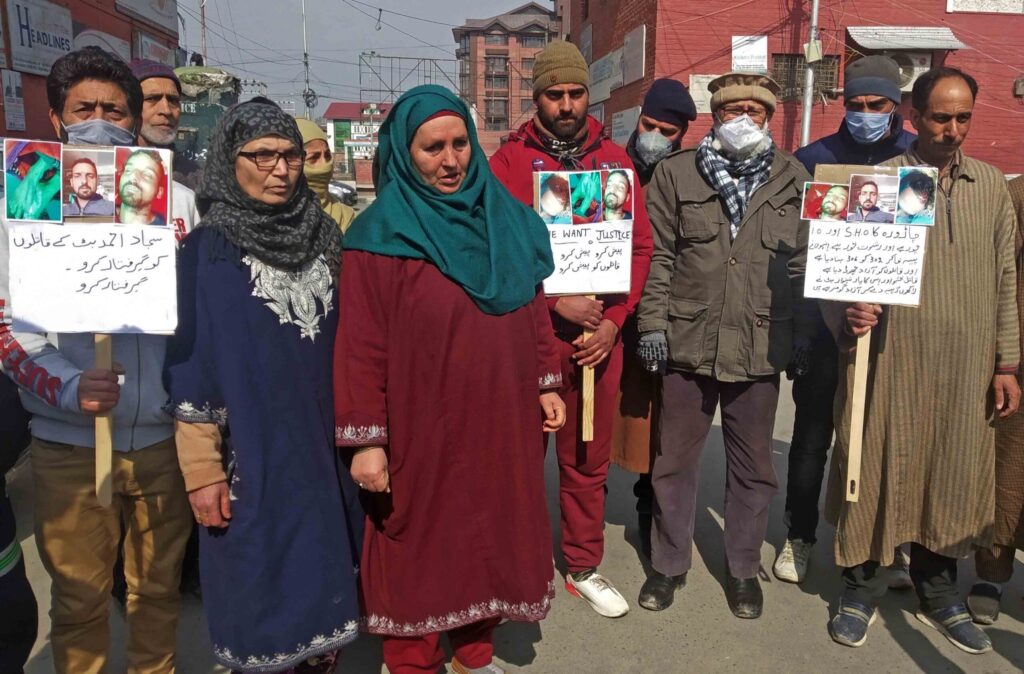 Srinagar, Feb 12: A family from Kralpora area in Srinagar outskirts on Wednesday staged a protest against the alleged murder of their beloved son in August last year.

The family members as well as relatives of the youth assembled at Srinagar’s Press Enclave and staged a protest to press for their demands.

Sona-ullah Ganaie, one of the relatives of the deceased Sajad Ahmad Bhat, said that his wife called them (family) in the wee hours of August 28 morning and claimed that Bhat has hanged himself to death.

“Soon after we reached to see him, our beloved was dead and had marks on his body, which clearly indicate that he was murdered,” he said, adding that they approached to the police and registered a complaint following which the body was taken for postmortem.

Brother of the deceased said that since August 28, they have not received postmortem reports while the killers of their beloved are roaming freely.

“Everyday SHO Chadoora is saying us that we have received a post-mortem report and will give you that but he is making us fool and not giving any such report,” he added. “SHO Chadoora and Investigating Officer converted the murder case (302) into 306 (abetment of suicide) after taking bribe from culprits, he is trying to save them,” he added.

Sajad was ‘murdered’ by his wife with the help of her one boy, who he identified as Shahnawaz. “We demand authorities to investigate the matter thoroughly and identify the persons who are involved in killing of our beloved,” they said—(KNO)