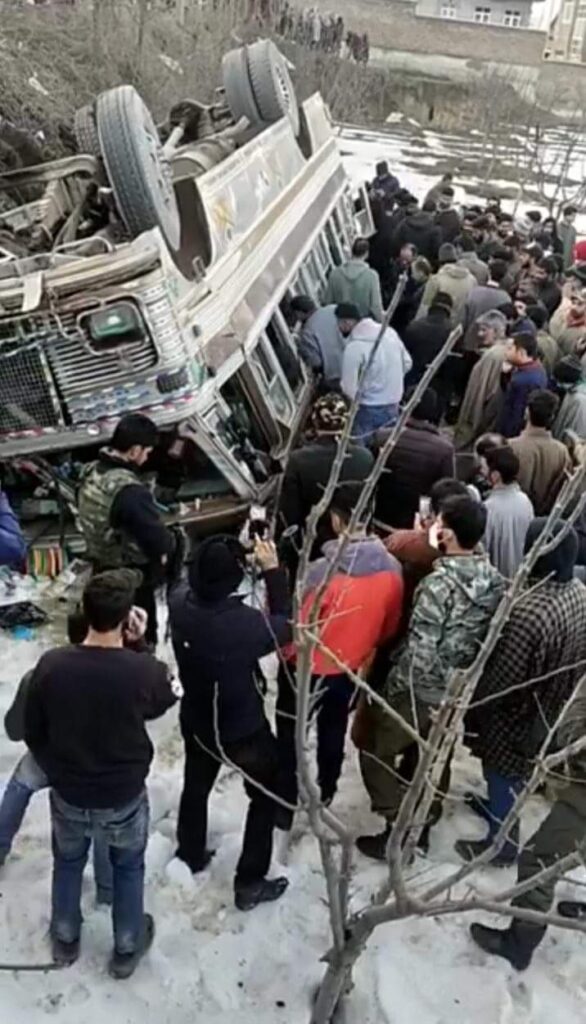 Srinagar, Feb 11: At least six passengers sustained injuries after a bus they were travelling in met an accident in Zoorigund area in central-Kashmir’s Budgam district on Thursday afternoon.

Reports said said that a passenger bus bearing Registration number JK-01C 8138, on way from Srinagar met an accident, resulting in injuries to at least six persons.

“Four persons have been referred to Srinagar, three to Bone & Joint Hospital Barzulla and one to SMHS Hospital for specialized treatment”, the official said.

Quoting hospital authorities, the official further said that “all of the injured persons are said to be responding well to the treatment as of now.” gns