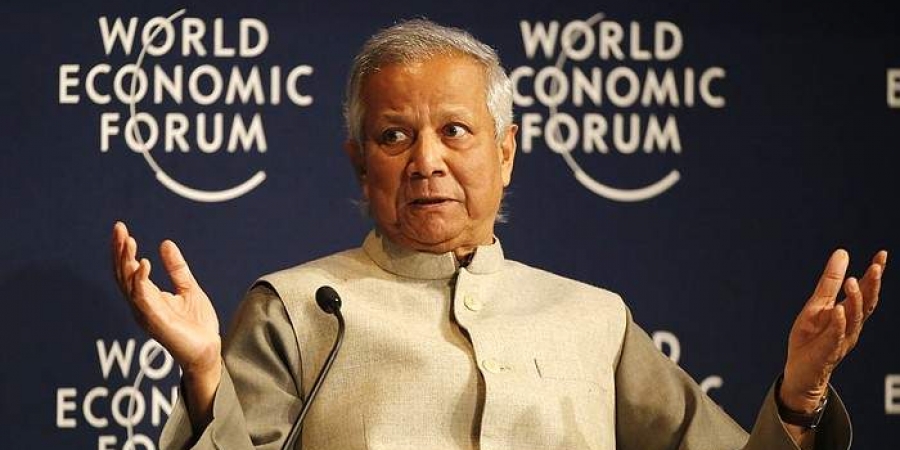 Srinagar: NIT-Srinagar in collaboration with Yonus Centre- Dhaka and School of Managemnet, Zhejinag Univerty-Hangzhou is organising an ‘Open to Public’ Fireside -Chat’ with  Nobel laureate Professor Muhammad Yunus of Bangladesh  on ‘Rethinking Innovation and Growth Models in Post-Covid World’ on March 11.

Professor Yunus has been testing his social banking and small finance methods since the time Bangladesh saw a massive famine in 1974. At that time, a small loan of US$27 given to a group of 42 families as start-up capital turned out to be a successful experiment. More than four decades later, the Grameen Bank established by Prof Yunus had about 2,600 branches and nine million borrowers, with a repayment rate of 99.6% and 97% of the borrowers being women.

This performance has made the founder of Grameen Bank “one of the greatest entrepreneurs of our time,” a success that in 2006 fetched Prof Yunus and the Grameen Bank the Nobel Peace Prize. Prof Yunus is also the recipient of 61 honorary degrees from universities across 24 countries. He has received 136 awards from 33 countries including state honours from 10 countries. He is one of only seven individuals to have received both the Nobel Peace Prize and the United States Presidential Medal of Freedom.
Those interested in conversing with him online on March 11 can register by sending an email to ” Iiedcnit2020@gmail.com” to participate in the 40-minute webinar with Professor Yunus. The event will be live streamed from Dhaka and Kashmir. 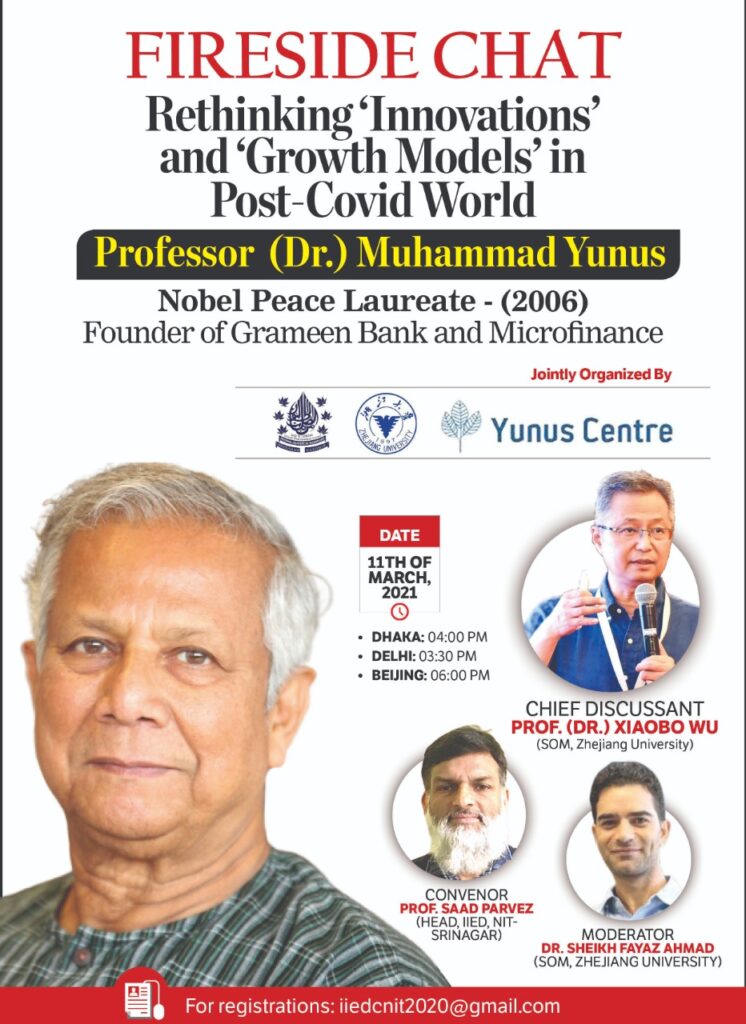 The chief discussant for the event will be Prof Xiaobo Wu, Professor of Innovation and Strategic Management at School of Management, Zhejiang University, and member of World Economic Forum. Dr Sheikh Fayaz Ahmad, a Kashmiri who coordinated the event and works as an Innovation Researcher with Zhejiang University China, will moderate the discussion, while Prof Saad Parvez, Head of Innovation at ‘Incubation and Entrepreneurship Development Centre’, NIT-Srinagar, will be the convener for the session. The webinar is jointly organised by NIT-Zhejiang and Yunus Centre.
“The aim is to get insights from Professor Yunus about the post-pandemic world, and to discuss the possibility of exploring  alternative forms of innovations and business models,” Dr Fayaz said.
He said that Prof Yunus will be coming to Kashmir after April. “Earlier he was supposed to come here in 2019, but due to the tense situation arising between India and Pakistan, the visit was delayed,” Dr Fayaz said.
In 2019, Prof Yunus agreed to set up a few Yunus Centers in Kashmir which I believe will help us lift people out of poverty, Dr Fayaz said. The Yunus Centre is a Bangladesh-based think tank that works in the field of poverty alleviation and sustainability, based on Professor Yunus’ philosophy that the vehicle for elimination of poverty is social business funded by micro credit.