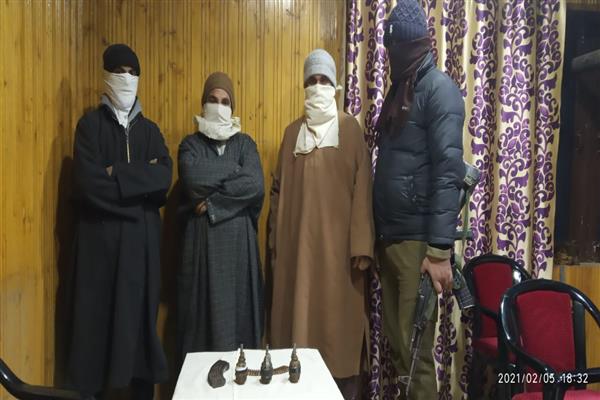 A senior police officer said that acting on specific inputs, Bandipora police along with 13 RR and 45 BN CRPF apprehended three suspected militant associates of LeT, in a joint operation at Rakhi Hajin and recovered arms, ammunition from their possession which include three live Hand grenades, one AK-47 magazine and 21 live rounds of AK 47.

On preliminary enquiry, it was revealed that the accused were associated with LeT outfit and were providing shelter, logistics and other material support to active militants of LeT in Sumbal and Hajin area, he added.