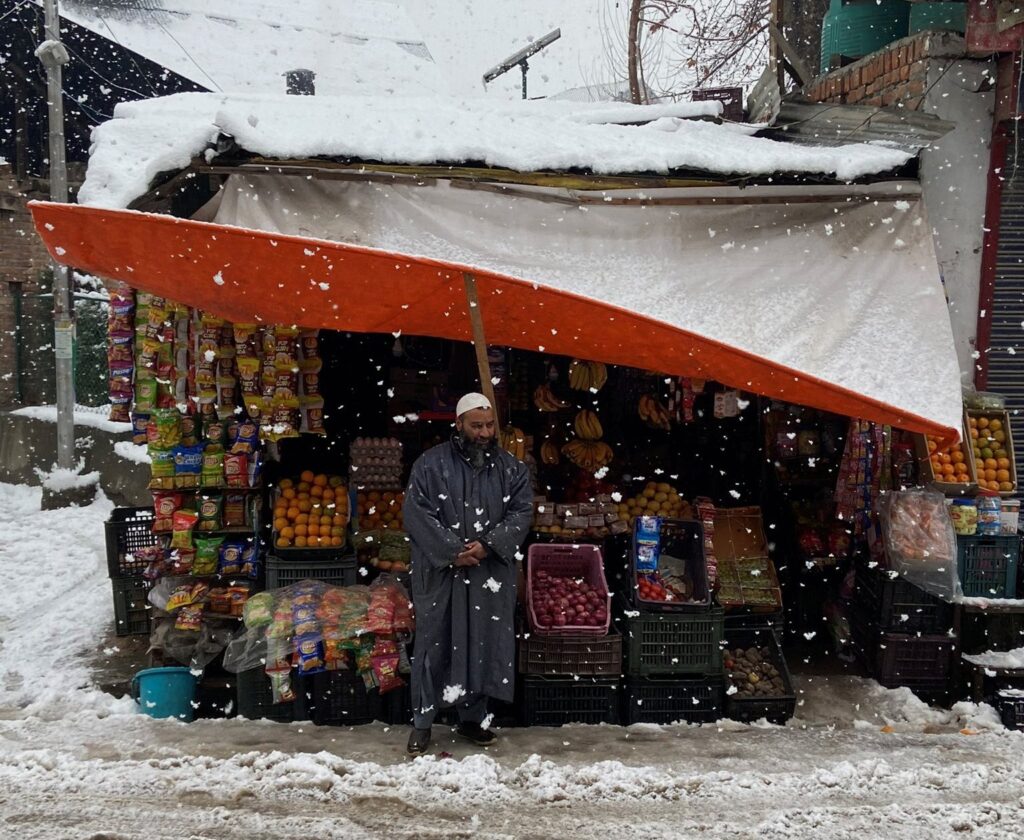 Srinagar, Jan 23: Kashmir Valley on Saturday received fresh snowfall, bringing respite from shivering cold conditions after nearly a fortnight as a significant increase was recorded in night temperatures with the mercury settling at minus 2.0°C in Srinagar.

A meteorological department official said  that Gulmarg, the world-famous skiing resort in north Kashmir’s Baramulla district, recorded the highest snowfall of 25cms (10 inches) across the Valley till 0830 hours. Kupwara district recorded 7.5cms (3 inches) of snowfall while Srinagar, the summer capital of the J&K, had 0.2cms and Qazigund 0.8cms of snowfall respectively. There was negligible or no snowfall in other observatory stations of the local meteorological department, the official added. However, reports of snowfall, about 4 -5 inches, have been received from Sopore, Baramulla, Tangmarg and Bandipora in north Kashmir.

Meanwhile, the official said mercury settled at minus 2.0°C in Srinagar, recording an increase by almost four degrees from minus 6.1°C on the previous night and it was few notches above the normal for this time of the year.

The minimum temperatures have consistently remained far below normal this season. Last week, Srinagar witnessed the season’s coldest night which was the chilliest one in more than 25 years. In 1991, Srinagar witnessed a low of minus 11.8°C while the lowest ever temperature was recorded on 31 January 1893 when the mercury had plummeted to minus 14.4 degrees Celsius.

Gulmarg recorded a low of minus 4.8°C against minus 6.°C on the earlier night, the official said.

Kashmir is in the middle Chillai-Kalan, the 40-day winter period which commenced on December 21 and ends on January 31.

The period is considered the harshest of the winter when the chances of snowfall are most frequent and maximum.

The weatherman has said that light to moderate snowfall, scattered to widespread, is expected in plains of Kashmir and hilly areas of Jammu while rain with thunder has been predicted in plains of Jammu till forenoon of January 24.