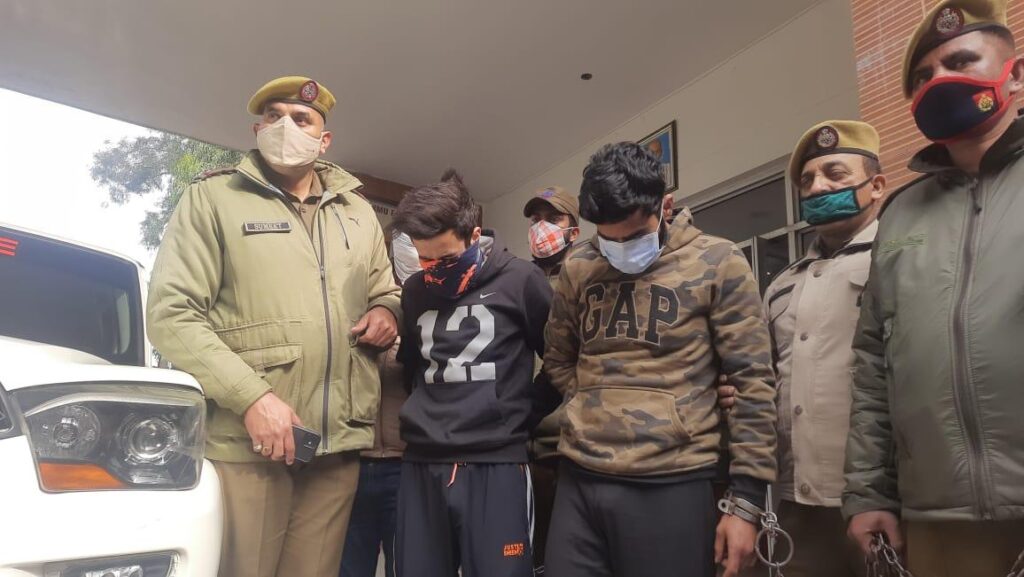 Jammu, Jan 22: The Jammu police Friday said that they have arrested two youth who were involved in the murder of a bank ATM guard, who was found dead inside guard chamber in Nanak Nagar area of Jammu last night.

An official said that a swift investigation by Jammu Police has revealed that the last night’s sensational murder of the ATM guard was executed by two youth belonging to north Kashmir’s Bandipora district.

Notably, Raju Sharma, son of Gullu Ram hailing from New Plot area of Jammu, was found dead inside guard chamber of the bank ATM at sector 13 in Nanak Nagar at around 10 pm last night.

He said that the Lone duo had gone to the ATM with the purpose of looting cash.

“On being resisted by the guard, they attacked him inside the rest room by initially smothering his face with a blanket.”

He said Kaif and Waqas had recently taken a place on rent in Nanak Nagar area where they lived as paying guests.

The SSP said that the accused have been taken into custody and further investigation is on.

Earlier, family members and neighbours of a bank ATM guard, who was allegedly murdered in Nanak Nagar area of Jammu last night held a protest demonstration this morning, demanding arrest of his ‘killers’ and financial aid to the victim’s family.