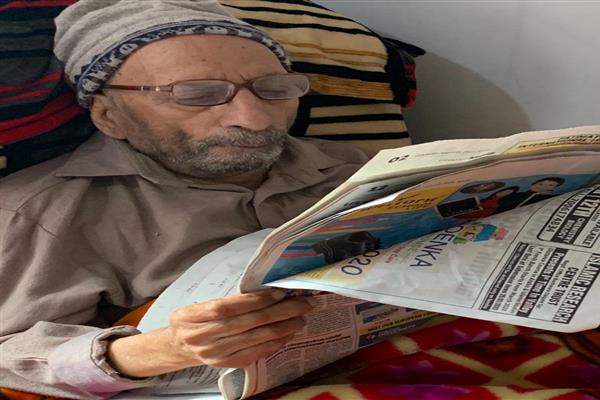 Confirming the Shaida’s demise the family sources said that Shaida was  laid to rest at Goripora Pulwama as per his own wish.

He had attained the age of 80 years but was ailing for last more than two years.

Shaida the founder editor of Wadi Ki Awaz was also the founder trustee and Chairman “Shama Foundation” a literary Organisation founded by him after the death of his wife.

He was known for being a die hard anti-establishment voice in Kashmir’s Print media all along his career.

Shaida was widely respected for his honesty and professional integrity.