Freezing Cold Unabated in Kashmir, Minus 7.0°C In Srinagar 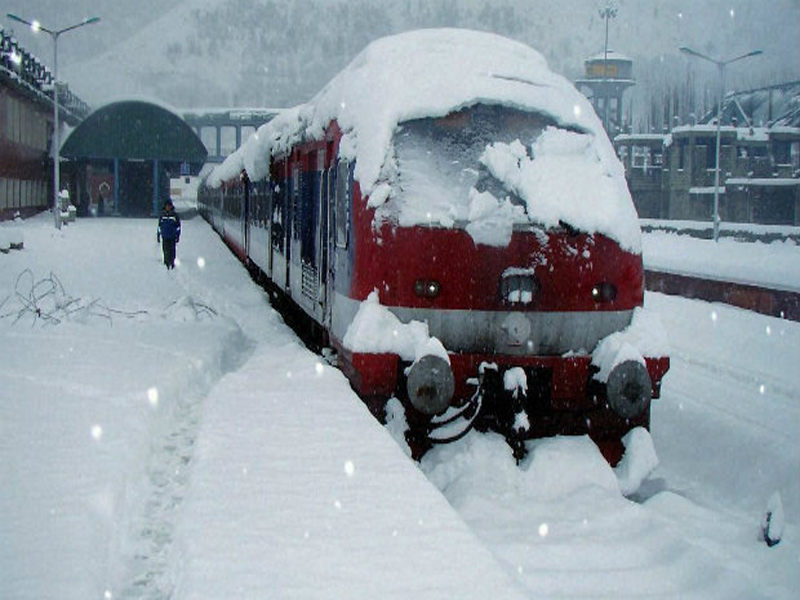 Srinagar, Jan 19: Intense cold conditions persisted in Kashmir Valley with Srinagar recording a low of minus 7.0°C, the weatherman said on Tuesday.

A meteorological department official told GNS that the mercury fell by six notches in the summer capital of Jammu and Kashmir against minus 6.4°C on previous night. At minus 8.4°C, Srinagar witnessed season’s coldest night last week and it was chilliest night in more than 25 years. In 1991, Srinagar witnessed a low of minus 11.8°C while the lowest ever temperature was recorded on 31 January 1893 when the mercury had gone down to minus 14.4 degrees Celsius. Dal Lake and other water bodies here have frozen.

Kokernag recorded a low of minus 7.4°C against 6.9°C on the earlier night. Against minus 6.8°C on the previous night in Kupwara, the mercury settled at minus 5.7°C in the north Kashmir district, the official said.

Gulmarg, the world-famous skiing resort, recorded a low of minus 6.2°C against minus 6.0°C on the earlier night, the official said.

The weatherman has forecast “dry and cold weather over Jammu and Kashmir with morning mist” in the next 24 hours. While no significant change has been predicted in next couple of days, a fresh Western Disturbance is most likely to affect J&K from the evening of January 22 to the forenoon of January 25.

“Due to this, widespread moderate snowfall in Kashmir, hilly areas of Jammu and rains in Jammu plains is likely to occur, with the main activity on January 23-24,” the weatherman has said. The approaching weather system is likely to affect surface and air traffic.