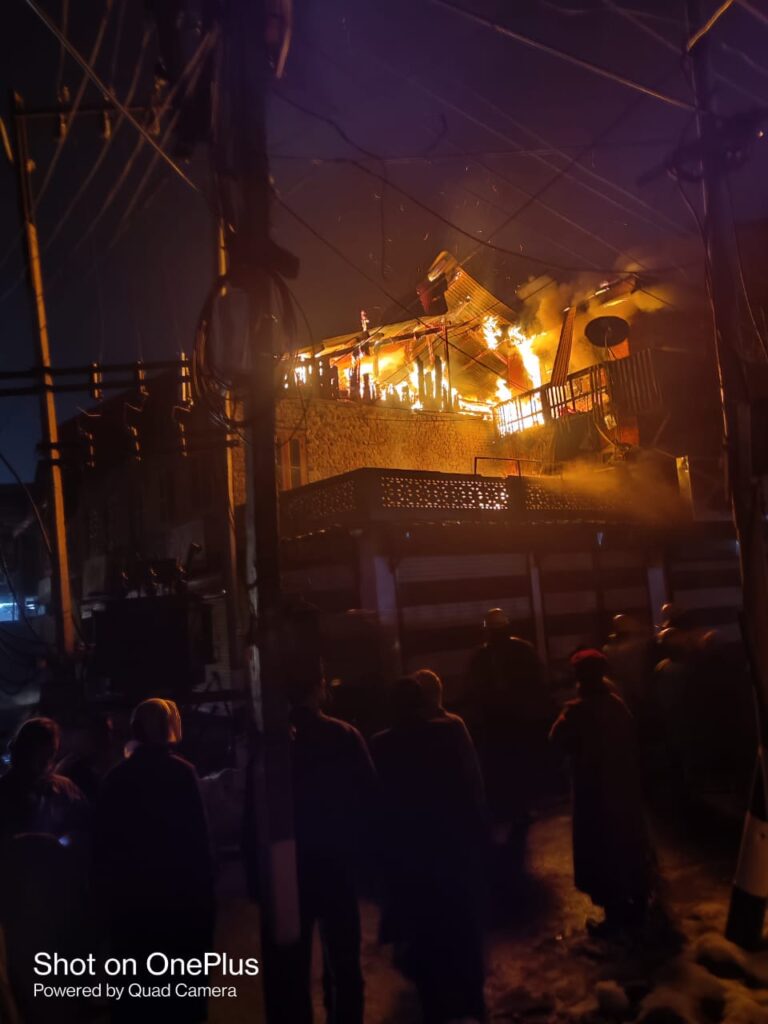 Srinagar, Jan 18: Several houses were damaged in an overnight blaze that broke in Sakidafar area of Safa Kadal in Srinagar.

Officials said that a Sub Inspector rank officer of Fire and Emergency Services (F&ES) department was also injured when he fell from a house while dousing the flames.

“Six families bore the brunt of the blaze,” an eyewitness said.

The fire tenders  rushed to the spot to douse the fire, officials said, adding that a Sub Inspector rank officer from F&ES department identified as Noor Aalam Khan got injured when he fell down from a house during dousing the flames.

Deputy Director F&ES, Bashir Ahmad appealed people to use electric gadgets cautiously, saying that these gadgets are one among the reasons behind frequent fire incidents in winters.

He added that one of the officers of their department has suffered  severe injuries while controlling the flames and stated that he has been shifted to hospital for treatment.

Notably, it was the third fire incident in Srinagar within last 24 hours. The family members whose houses got damaged in the fire were sewn wailing amid shreiks and cries. ” we lost everything…,” a group of women yelled –(KNO).