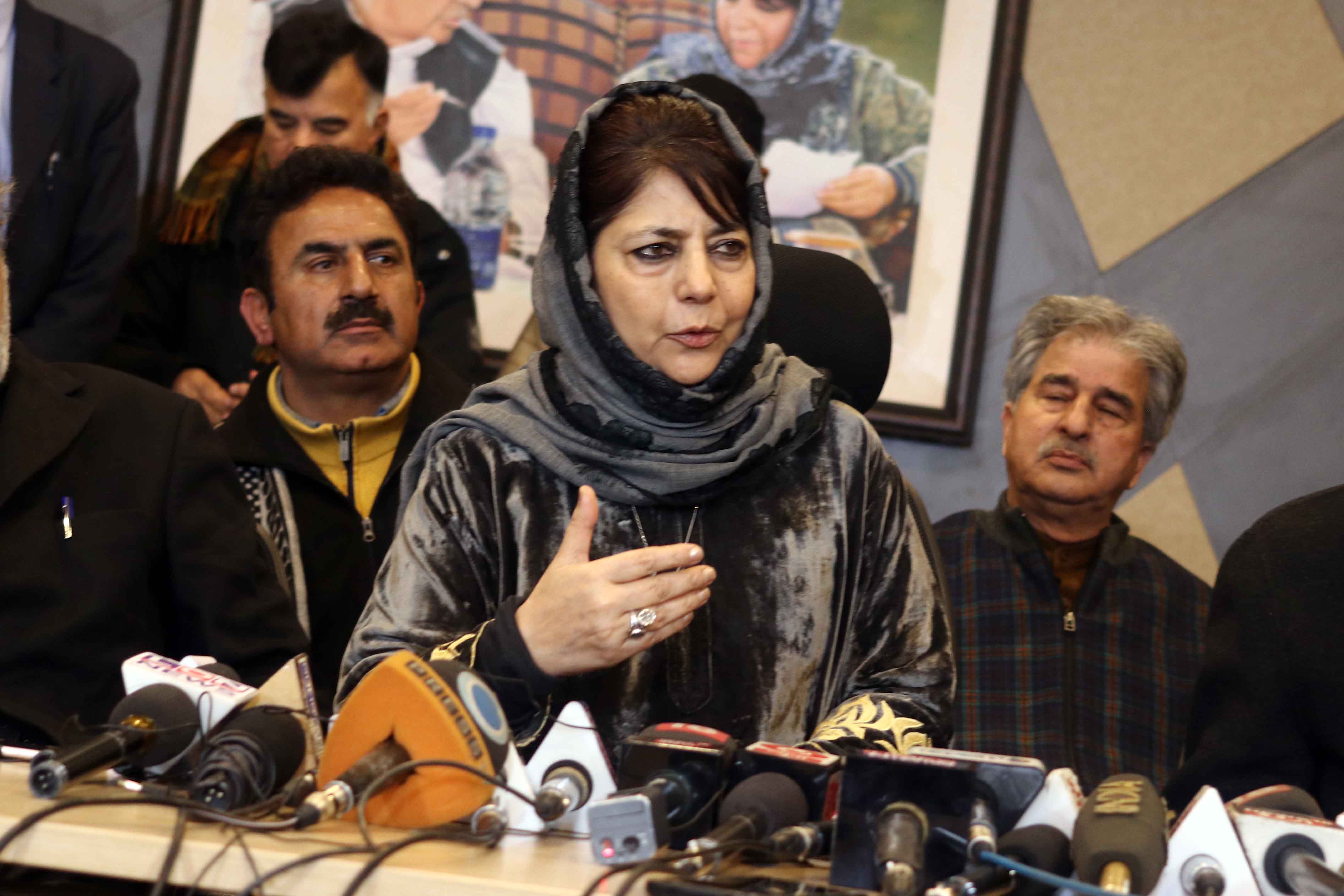 In a communiqué to LG, Mehbooba Mufti has written that: “I am sure you are aware of the unfortunate incident at Parimpora on 30th December. Three boys, the youngest being all of 17 years old were killed in what the family has alleged to be a staged gunfight. This incident has come close on the heels of an inquiry report that held an Army captain guilty & responsible for a fake encounter at Amshipora in Shopian. Again the three victims now established as innocent through an investigation were killed & later dubbed as militants.”

“You and I may not agree on most political matters that concern J & K but I am certain we agree that such incidents bring disrepute to the armed forces & are a grave violation of human rights. I am aware that the administration is apprehensive about returning their dead bodies to the families but this callous decision will only exacerbate their sense of loss & pain. One hopes that you will rethink this decision & allow them to get closure. A mother who grieves the sudden & tragic death of her beloved son shouldn’t be deprived of the last chance to see his face. Nor does she deserve to have to beg for his dead body. This is simply inhuman & unacceptable.”

“I urge you to intervene & ensure that these families get a chance to perform the last rites as per their wishes. Questions are also looming over this encounter & there are conflicting versions & reports from police & the army. Justice can be served only if its swift & therefore I request you to initiate an impartial investigation into the matter immediately,” the communiqué reads. (KNT)