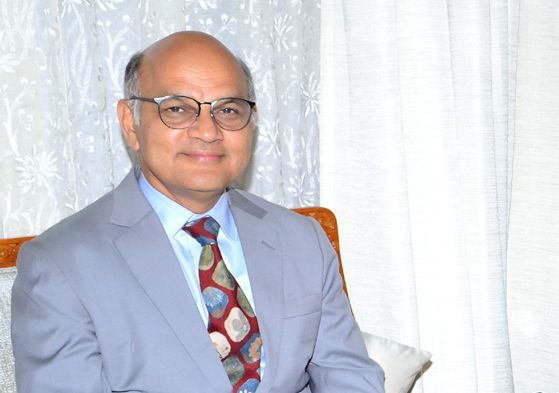 Addressing a press conference at Jammu, the SEC said that the results were declared in 278 seats barring Drugmulla in Kupwara and Hajin-A in Bandipora districts. “BJP emerged the single largest party as the party wins 75 DDC constituencies followed by J&K NC with 67 seats while PDP won 27 and Indian National Congress (INC) wining 26 seats,” Sharma said .

He said that the newly formed J&K Apni Party (JKAP) has won 12 seats while JKPC and CPI-M bagged eight and five seats respectively.  Sharma said that independents turned out to be the major reflection during these elections winning 18 percent of the total seats while registering their win on 50 seats.

Likewise, JKNPP and PDF registered win on two seats each and BSP emerged victorious on one seat from Kathua district.

The SEC further said that 2855509 votes were counted in total in the 278 DDC constituencies. Among the political parties BJP got 24.82 percent votes followed by JKNC with 16.46 per cent, INC 13.82 percent, PDP 3.96 cent JKAP 5.3 percent, JKPC 1.98 vote share while rest of the vote share went to others including independent candidates.

The SEC also lauded the efforts of all the employees, security forces, police personnel and health officials who remained engaged in the counting of votes till early morning on Wednesday.

The SEC reiterated that despite the cold conditions particularly in Kashmir and some parts of Jammu province, all the counting officials and allied arrangements have put in their great efforts by remaining at their counting stations very early on Tuesday morning till Wednesday morning. “People and media alike were abreast with recent trends of constituencies through website by flashing election trends and results online dynamically,” the SEC said.

He said that the information was readily available besides SEC officers and officials remained available for any query during the counting process.

“On Tuesday morning, counting was deferred in Drugmulla, Kupwara and Hajin-A, Bandipora constituencies in view of a question that has arisen on eligibility of one each contesting candidates from the seats,” he said, adding that, “A final decision in this regard will be taken after taking all aspects into consideration.”

The SEC also complimented all the district administrations for the arrangements that were put in place for the counting process besides ensuring smooth conduct of the election process.