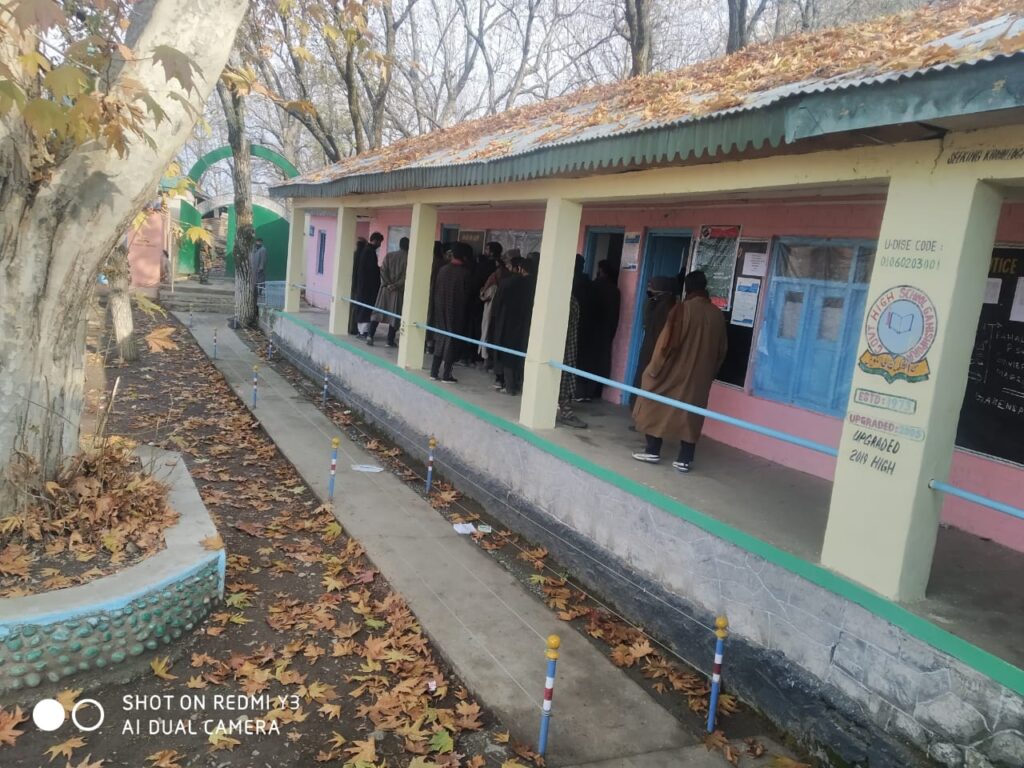 Srinagar, Dec 18: State Election Commissioner (SEC) K K Sharma Friday said that the last phase of District Development Council (DDC) polls will be held tomorrow in which 28 constituencies will go to polls with 168 candidates in fray.

“In total, 28 constituencies will go to polls tomorrow of which 13 are in Kashmir and 28 in Jammu,” the SEC said as per news agency—Kashmir News Observer (KNO).

He said that polling timings will remain from 7 am to 2 pm. “There are a total 168 candidates in fray for the last phase of which 83 are from Kashmir and 85 from Jammu,” the SEC said.

Sharma said that there are 640, 443 total voters eligible for the last phase of polling in J&K UT.

“In the DDC polls so far, the participation of people is very good despite the cold. Percentage of voting is impressive. This signifies how people want to evolve the democratic system in J&K,” the SEC said.

“In Kashmir, we have taken a review of security for the polling stations in Kashmir. DGP (Dilbagh Singh) is in Kashmir and this time there are advanced security measures in place for the smooth polling tomorrow,” said Sharma. He said that polling parties have reached their respective places.

The SEC said that in a few cases, inquiries have been ordered and if there is any irregularity, re-polling can be ordered. “That would only take place when final inquiry report comes,” he said—(KNO)