‘Tiranga rally loud message to Muftis from their hometown that not only is tiranga unfurled in Kashmir but is now celebrated’: BJP leader 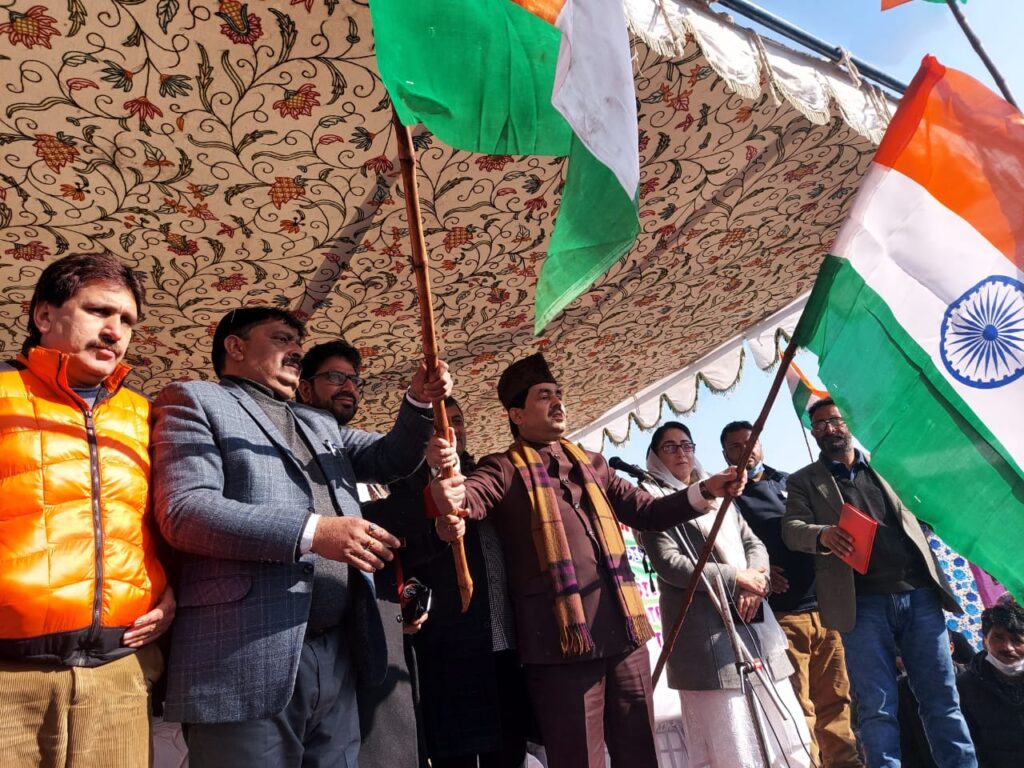 Anantnag December 17: Bhartiya Janta Party (BJP) today organized a tiranga rally at Bijbehara during which the party leaders said, ‘Tiranga rally loud message to Muftis from their hometown that not only is tiranga unfurled in Kashmir but is now celebrated’.

Speaking on the occasion BJP National Spokesperson Syed Shahnawaz Hussain said that the success of tiranga rally was a loud message to Muftis from their hometown that not only is tiranga unfurled in Kashmir but is now celebrated in Kashmir by the local population.

”Local population has no problem with BJP or the national flag, but both BJP and tiranga in Kashmir have always been pinching to the politicians who are behaving like agents of others,” said Syed Shahnawaz.

He said that the new Kashmir signifies peace and prosperity and peace have understood that BJP’s vikas agenda was going to transform the life of a common man in J&K who has been deprived of the basic developmental facilities.

Syed Shahnawaz said that Gupkar leaders need to come out of their frenzy of past and accept the present political change in J&K as the reality.

“The sooner the leaders of NC, PDP, Congress and others of their branch accept the reality of the constitutional change in J&K, the better of them as the people have decided to go with the change”, said BJP national spokesperson.

She said those who erected their political castles on the rant of ‘Kashmir Issue’ gave birth to thousands of issues confronting a common man in J&K. Dr Andrabi said that the biggest issue of Kashmir was the politics of ‘families’ and J&K needs to substitute the old rotten political system by the BJP’s development and all-inclusive political ideology and approach.

“Peace, Progress and Prosperity is what the new generation of J&K is aspiring for and after the abrogation of the special status of dynasts in J&K, we have begun transforming J&K into the real heaven on earth, “said Dr Darakhshan Andrabi.

She said that we were feeling proud to unfurl the tricolour in Mehbooba Muft’s vicinity with local people of the locality. She said that the local population gave her a befitting reply by being part of the tiranga rally. BJP J&K Vice President Sofi Yousuf said that BJP was gaining popularity among youth of the valley and the future belongs to BJP in Kashmir. BJP leader Vibodh Gupta also spoke on the occasion and thanked people for their support to BJP.