J&K’s plularistic culture can be kept alive only with restoration of temples: BJP Gen sec 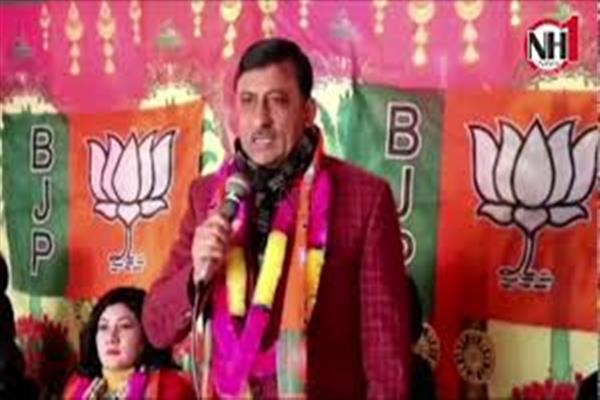 Gupta was on a visit to Indira Nagar temple where members of Kashmiri Pandit community informed him that the path leading to temple was encroached by the people.

The BJP leader assured the community members that the issue will be taken up with administration for early redressal and said the pluralistic culture of Jammu and Kashmir Union Territory can be kept alive only with the renovation and restoration of temples in valley.

Gupta at the occasion dialed Deputy Commissioner (DC) Srinagar Dr Shahid Iqbal Chowdhary who rushed to the spot along with other officials and took the stock of the situation.

“The DC directed the concerned officials to investigate the matter and submit the report soon”, a BJP leader privy to the development said.

The BJP leader was accompanied by BJYM General Secretary Bilal Parray and Kashmiri Pandit leader Veena Pandita. He at the occasion appealed Lieutenant Governor Manoj Sinha to constitute a committee to identify the temples, which need to be renovated.

“Kashmiriyat is famous across the globe and J&K is heading towards Kashmiriyat again. It’s pluralistic culture can be kept only to renovate and restore the unattended temples”, Gupta said. (KNS)