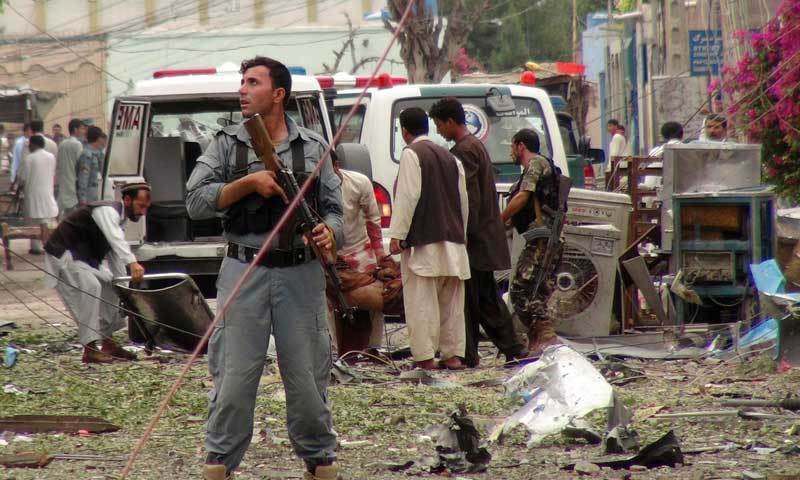 Kabul, Dec 16: At least 13 security force members were killed and four others were wounded in Taliban attacks in northern Baghlan province on Tuesday night, local officials said on Wednesday.

The attack took place in the Wazir Abad and Neeyazullah area in Pul-e-Khumri city, capital of the province. The Taliban attacked two security outposts, according to officials.

The areas are about 3km away from the provincial police HQ.

The bodies of the victims were transferred to the governmental hospital and handed over to their families, official said.

Families of victims criticized the local officials over “not providing support on time.”

The Taliban has not yet commented on the attack.  (Tolo News)