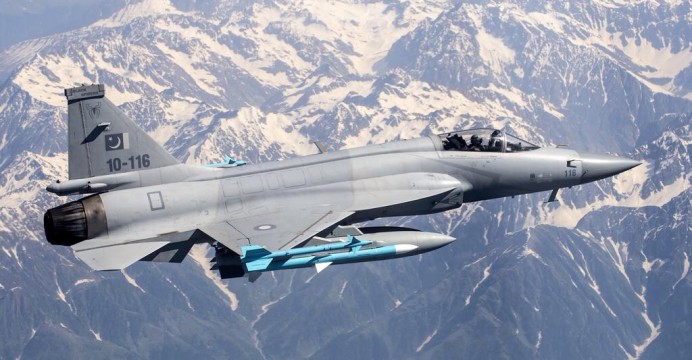 Jammu, Nov 30: Govt forces noticed a suspicious movement of a ‘Pakistani jet’ along the Line of Control (LoC) in Jammu and Kashmir’s Poonch district on Monday morning, officials said.

A security official said  that a chain of smoke was noticed in Poonch sector and which seemed to have a Pakistani jet.

“The smoke chain suggested a movement of a Pakistani fighter jet,” a security official said, adding that “efforts are on to find out what kind of jet it exactly was.” An alert was sounded soon after the movement of the jet was noticed in entire Poonch area—(KNO)