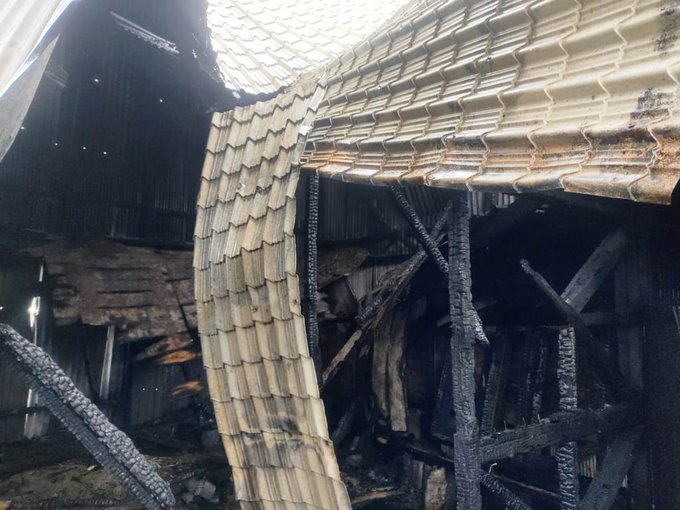 An official said that three residential houses belonging to the three brothers identified as Late Ali Mohammad Mir, Farooq Ahmad Mir and Mohammad Yousuf Mir, sons of Late Ghulam Hussain Mir, were completely gutted in the fire that broke out on late last evening in Ward number 3 in Plan area.

He said that the fire erupted from one of the residential houses in the town and engulfed the surrounding houses within no time. There was however, no loss of human life reported in the incident,” the official said.

The official said that as the fire erupted in the area, the fire tenders rushed to the spot and brought the fire under control after two hours.

He said that till the fire was brought under control, three families were rendered homeless and property worth lakhs got damaged.

Meanwhile, a police official said that they have taken cognizance of the matter and started investigation to ascertain the actual cause of fire.