Our sons innocent, have no militant links: Families of two Kashmiris arrested in Delhi 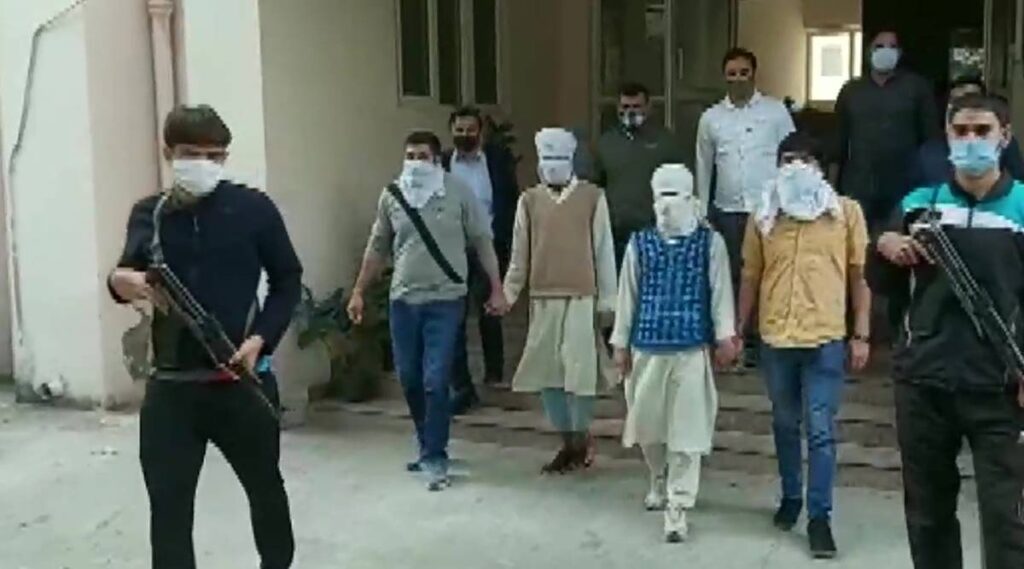 Baramulla, Kupwara, Nov 17: The family members of two Kashmiri youth arrested in Delhi on Tuesday rejected the charges levelled against the duo stating that their sons have no links with militancy and are innocent.

The families of two youth also petitioned Lieutenant Governor Manoj Sinha and DGP J&K Dilbagh Singh besides other officials of police while seeking the early release of the arrested duo.

The Delhi police special cell claimed to have arrested two Kashmiris in Delhi—one a resident of Kupwara and another from Baramulla stating that two semi-automatic pistols with ten live cartridges were recovered from the arrested duo.

The family members of two Kashmiri youth rejected the claims made by Delhi police’s special cell and said that their wards have nothing to do with the militancy and are innocent.

Bashir Ahmad Khatana, father of Muhammad Ashraf, one of the arrested youth, refuted the charges leveled against his son and said that his son has no militancy links and that he would lead prayers in a masjid.

“My son left home on November 4 for Srinagar from Delhi and contacted for the last time on November 5 from an unknown number and stated that he will reach next day,” said Khatana, adding that “My son had gone to buy some clothing and other personal material for his marriage that was fixed on 11 and 12 November but this arrest is a shocker for the entire family and his in-laws as well.”

He said that soon after he learned that the special cell in Delhi had claimed the arrest of his son as a Jaish-e-Muhammad associate. “I talked to local DySP and others and intimated them about the same and pleaded the innocence of my son,” Khatana said.

The family members of second arrested youth Abdul Latif, 20 of Duroo, Sopore, was arrested with his friend Ashraf.

Sanaullah Mir, the father of Abdul Latif said that his son had gone to Delhi 4th November for some work.

“My son is Hafiz-e-Quran (one who memorises quran). Barely after two days, we lost contact with him. Last time we spoke to our son was November 6,” he said. “I am to know about the arrest of my son through a news channel. I was shocked to see my son being arrested on the pretext of being a militant associate.”

Meanwhile, the family members of both the Kashmiri youth have appealed the Jammu and Kashmir LG, Manoj Sinha, and Director General of Police, Dilbagh Singh and sought their intervention into the arrest of their sons and demanded the early release of the duo—(KNO)