PM Modi warns Pakistan, says India has enough military might, political will to protect its borders 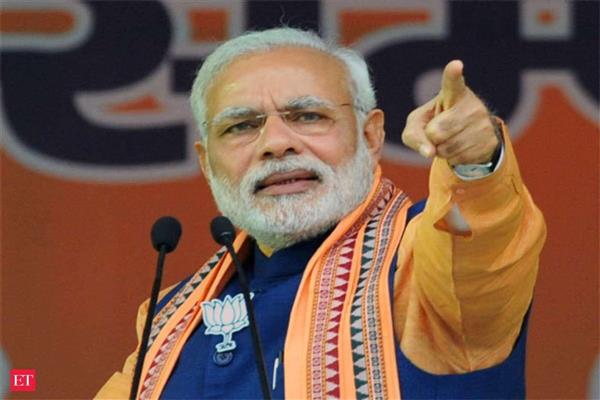 Srinagar, Nov 14: Prime Minister Narendra Modi Saturday warned Pakistan that India has enough military might and political will to protect its borders and world has seen it the country can kill militants and their handlers by entering their homes.

According to Kashmir News Service (KNS) monitoring, PM Modi who was addressing the soldiers of Indian Army in Rajasthan’s Jaisalmeer, slammed Pakistan in strongest possible terms. Referring to surgical strikes of 2016, Modi said that India has enough military might and political will to protect its border from evil eyes.

“The country has proved that it has enough military might, as well as the political will to protect its borders from evil eyes. The entire world, especially those countries who promote terrorism, has seen that Indian forces can kill terrorists and their handlers by entering their homes”, PM Modi said in Longewala Rajasthan.

He asserted that India is safe today because it has the power to protect itself, it has brave sons and daughters like you.

PM Modi’s remarks came a day after eight Pakistani soldiers according to media reports were killed and 12 others injured in heavy shelling by Indian Army on Pakistani locations across the Line of Control (LoC) in north Kashmir.

PM Modi further said, “The 1971 war against Pakistan is an example of exemplary coordination among Army, Navy and Air Force. The Battle of Longewala proved that no one can stand in front of the combined might of Indian forces”.