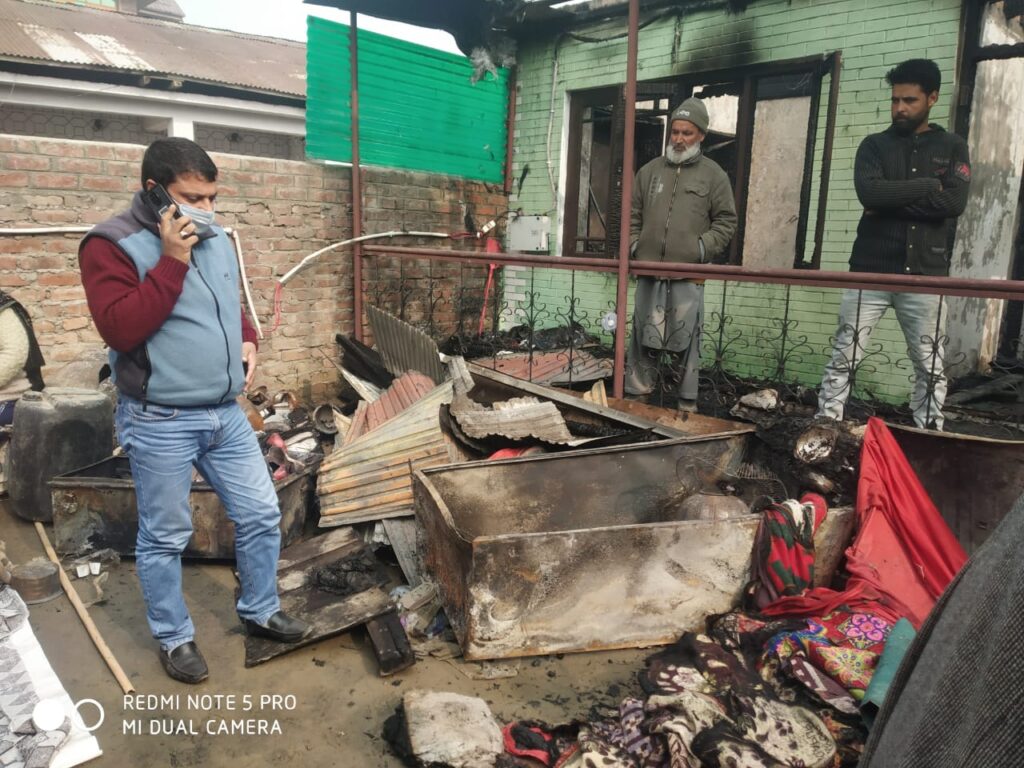 Eyewitnesses said that fire broke out at Bus Stand Baramulla in a shopping complex belonging to Municipal Committee Baramulla in which 2 readymade garments shops and a hotel were damaged. Fire was brought under control by Fire and Emergency men with the assistance of local Police.

A police official said that cause of fire was electric short circuit. He said property worth lakhs was destroyed in the fire incident.

In Srinagar fire incident at Wanganpora Noorbagh, a residential house was completely damaged while another house suffered partial damage. The owner of the residential house identified as Tariq Ahmed Khan sustains minor burn injuries while trying to save the belongings.

In this fire incident, another house belonging to one Ghulam Nabi Matta suffered partial damage. A police official said that fire cause due to leakage of LPG Cylinder.

In another fire incident at Umar Colony Lal Bazar area of Srinagar outskirts, a single storey residential house of one Shafeeq Ahmad Mir suffered partial damage. The fire was put out by the team from Fire and Emergency Services in the nick of time with the help of local police. A police official said that cause of fire was electric short circuit.

In Abi Guzar area of Srinagar city the top storey of a house belonging to Gowhar Ahmed was damaged in the fire during the intervening night of November 11 and 12. (KNT)