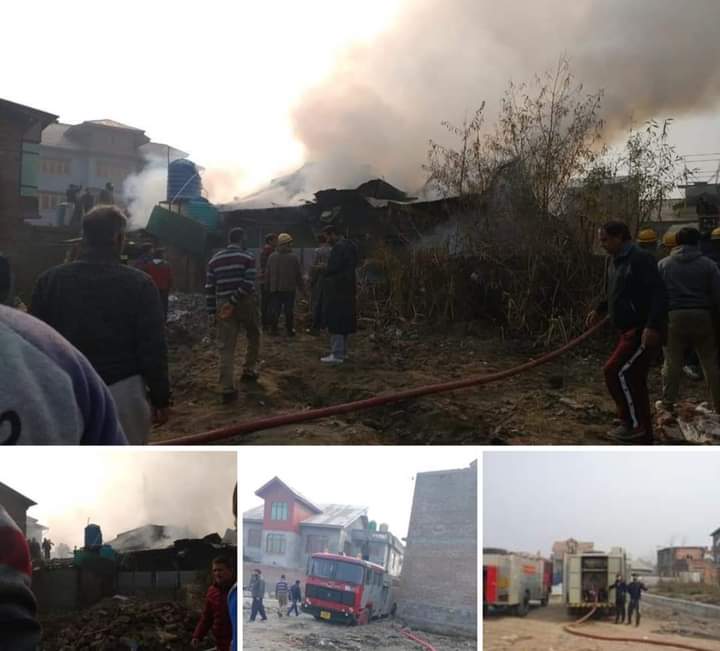 Srinagar, Nov 11: A residential house was on Wednesday gutted completely while another suffered partial damage in a massive blaze that broke out in New Colony Wanganpora area of Eidgah in Srinagar, officials said.

Officials said that the fire broke out in the residential house of Tariq Ahmad Dar, son of Muhammad Amin Dar in the afternoon.

They said the fire engulfed another house belonging to Ghulam Nabi Matta, son of Ghulam Ahmad Matta, adding that the house of Tariq was completely gutted while Matta’s house was partially damaged in the blaze.

The cause of fire is said to be gas leakage, officials said—(KNO)