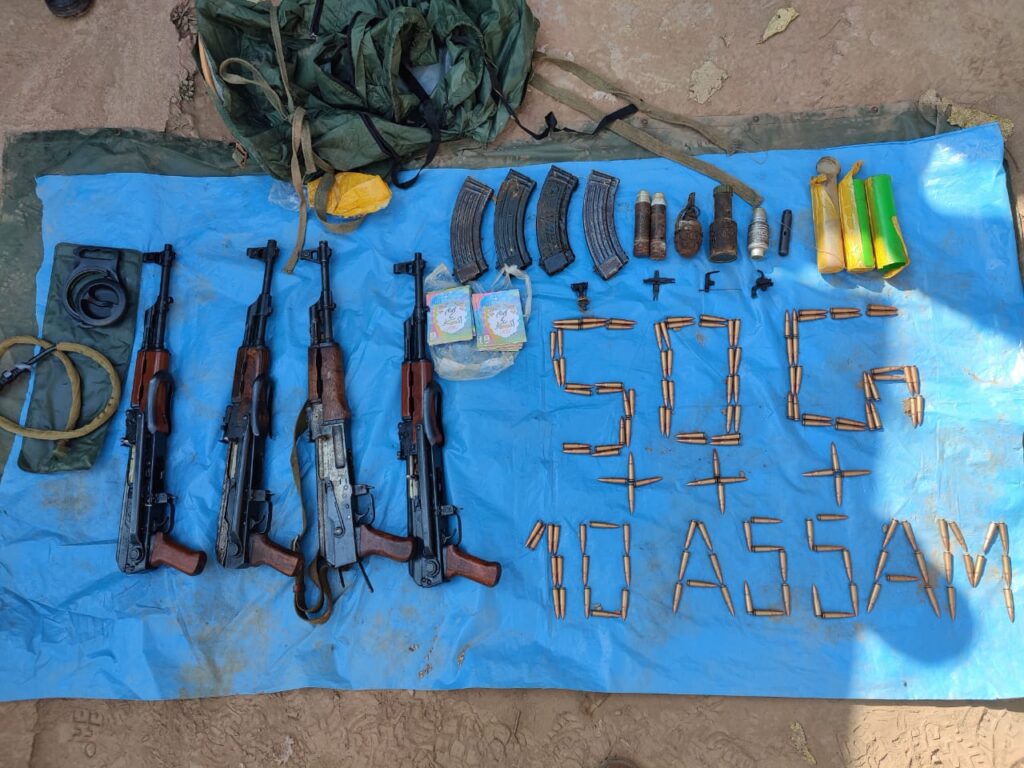 Poonch, Nov 9: Police and army recovered a bag containing four AK rifles, as many grenades besides other ammunition near Kirni, an area falling close to Line of Control in poonch district, officials said on Monday.

“Based on specific input by police, a joint search operation was launched by SOG of Police Poonch and army’s 10 ASSAM in Kirni area during the intervening night of November 8 and 9,” officials said.

During the searches, a bag full of arms and ammunition hidden under boulders was found, they said.

“Initial investigation reveals that this consignment of arms and ammunition was to be smuggled to Kashmir valley by Lashker-e-Toiba, they said.

SSP Poonch Ramesh Angral confirmed the recovery and said that a case has been registered in police station Poonch. “Further investigations have been launched and more details as they emerge would be shared,” he added. (GNS)