Fish species on decline in J&K, experts warn of extinction if steps not taken forthwith 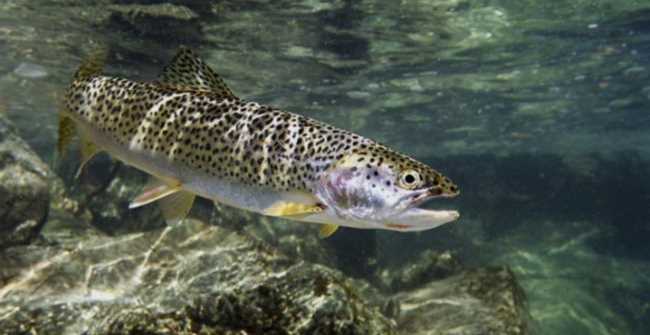 Experts here have warned of extinction of remaining fish species very soon if proper steps are not taken well on time.

Dr. Imtiaz Ahmed Khan, a well known Ichthyologist and Senior Assistant Professor Zoology University of Kashmir  said that out of 13 Schizothorax (Kasheir Gaed), eight species became extinct very early and among five species left out, the number of two is declining at present.

He said the license holders who have been given permission to catch fishes are also not following the fishery code of conduct.

Moreover, the construction of dams due to which the fishes are unable to migrate are also disturbing the number of fishes, he said, adding that there is a need to aware people and encourage them towards the aquaculture and stop polluting water bodies.

Dr. Imtiaz Ahmed Khan further stated that January-April is breeding time of fishes and catching fishes in this period must be banned so that their number would increase and won’t face any extinction threat.

“Illegal poaching, nets and chemicals being used by local fishermen is endangering aquatic life and no one is bothered to look into the matter,” another expert said, adding that steps must be taken to save the fish species.

He said that growing water pollution is posing a serious threat to the existence of indigenous fish species in Kashmir. “For the last few years, the production of Schizothorax (Kasheir Gaed) has shown a steady decline in Kashmir,” he said.

“The local species find it difficult to cope up with the problem of eutrophication in the water bodies,” he added.

Director Fisheries, Muhammad Amin said that aquatic resources have to be free from pollution and encroachment, so that it would be possible to save the existing species. He said that the human interference has led to the decline of fish species in J&K.

“This year, we have produced near about 32 tonnes of fish across Jammu and Kashmir including 20 tonnes mainly trout in Kokarnag, Asia’s largest fish farm in South Kashmir’s Anantnag district,” he said—(KNO)