Donald Trump Jr, the eldest son of US President Donald Trump while predicting results of the 2020 presidential elections, shared a map, showing the entire territory of Jammu and Kashmir as a part of Pakistan, NDTV reported.

Predicting a “red wave”, Donald Trump Jr posted a world map with majority of countries filled in with red, the Republican Party’s colour, to indicate that his father will emerge victorious in the election. 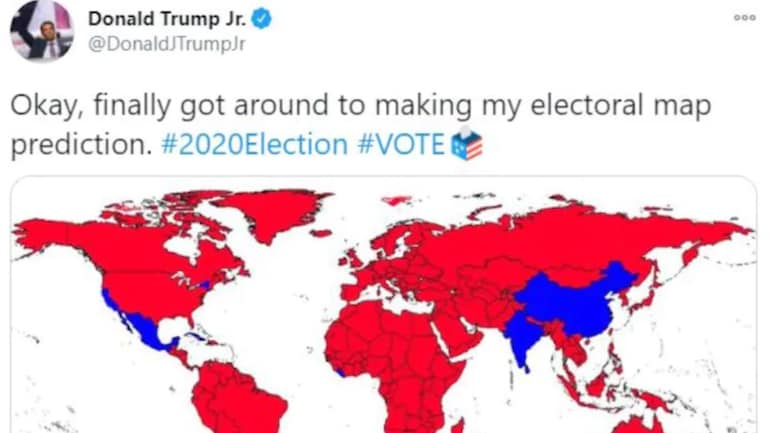 The map, predicting election results posted by Trump Jr on his Twitter handle, shows a predominantly red world map with the exception of India and some other nations, which he has shown in blue, meaning they will vote for the Democrat Joe Biden. The map showed India in blue while Jammu and Kashmir was shown in red and voting for Donald Trump.

In the map tweeted by Trump Jr, China has been painted in blue – the colour of his rival party – as the US President has continuously criticised Beijing for the outbreak of COVID-19 and souring trade ties.