‘Use of social media to spread disinformation is widespread’: Army, police & other agencies 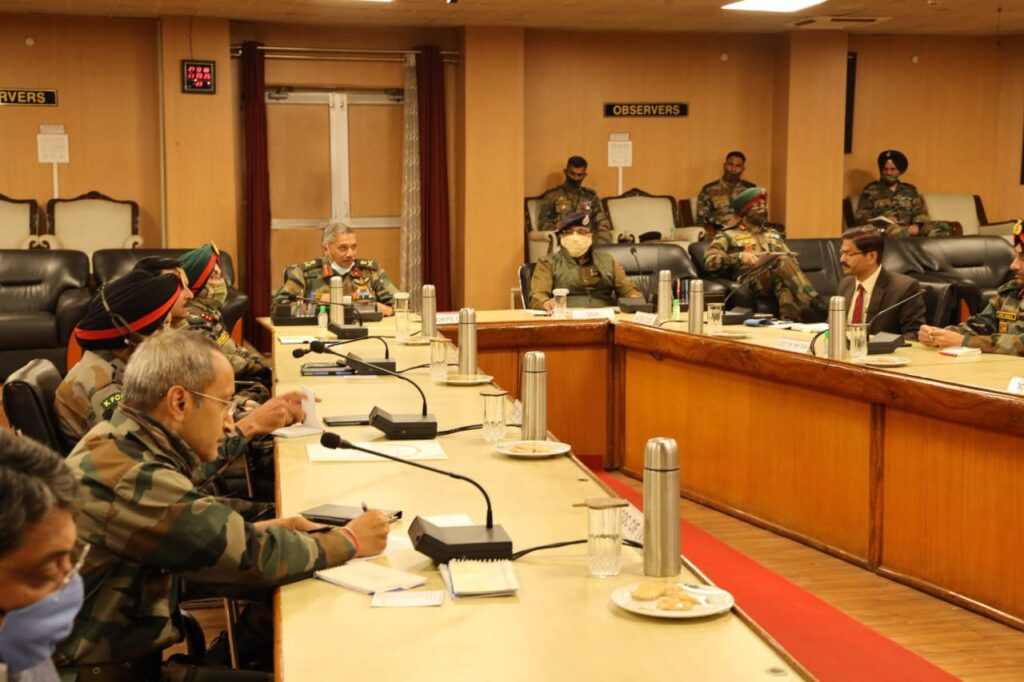 Srinagar, October 27: A top core group meeting of security and administrative officials have said that the use of social media to spread disinformation is widespread and need to be countered proactively.

“The officials deliberated on the propaganda effort by Pakistan and their antagonistic information warfare tactics,” the core group meeting deliberated according to the handout issued by the army.

“Sadly, these efforts include propaganda to legitimize killing of Kashmiri civilians by the terrorists. The use of social media to spread disinformation is widespread and needs to be countered proactively. It was opined to continue with a multipronged effort by all agencies to counter these adverse social media propagandas by proactively sharing facts and truth”.

Top officials of security and intelligence agencies also deliberated on sensitive issues that include security matters, winter strategy and measures to be taken for the smooth conduct of third tier panchayat polls in the J&K UT.

The meeting coincided with the Center’s decision of repealing land laws and allowing people of India to buy land without producing a domicile certificate or any other document.

The meeting also reviewed the security requirements during the upcoming Panchayat Elections and to discuss the winter security strategy, it added.

“Officials shared that reports indicate that the launch pads in PoK continue to be full and Pakistan establishment is keen to push in infiltrators before the onset of winters and closing of the passes due to snow. The officials expressed satisfaction at the efforts so far along the line of control to prevent infiltration, robust security grid along with technical surveillance has considerably lowered infiltration in current year,” the handout stated.

“The officials discussed modalities of continued conduct of operations to prevent infiltration of weapons, narcotics and money in the region. The forces are gearing up to meet the challenges during the change into winter posture”.

According to the security review meeting,  the participants stated that the  review of security indicators show that violence level has dropped in last few months.

“Intelligence inputs indicate desperation in Pakistani establishment and separatists to generate violence and civil casualties in the valley. The core group discussed the need for continued intelligence based anti-terror operations with a humane touch. To address the complete eco-system of terror organisations, the efforts to identify and arrest over ground workers who sustain the terror organisations will continue with vigour,” the statement said.

“The Pakistan supported anti-national element is keen to disrupt normal life of the awaam and interfere with restart of political activities. It was decided to carryout extensive area domination and counter terror operations to deny any opportunity to the terrorists for creating violence, till onset of winters and the conduct of local body polls”.