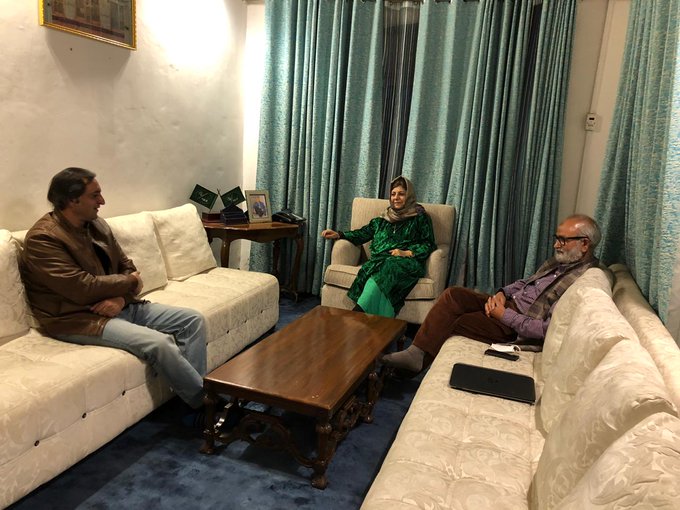 The meeting which started at 5Pm lasted for more than one hour and both the leaders discussed prevailing situation in Jammu and Kashmir, a senior leader privy to the meeting confirmed.

Mehbooba was detained along with hundreds of political leaders and workers before and on August 5 last year as the Government of India scrapped special constitutional status of Jammu and Kashmir.

Meanwhile senior Congress leader, P Chidambaram in a tweet said, ” All mainstream parties in J&K should come together to fight the tyranny of the central government.”