One among 4 youth injured in Sirhama blast dies 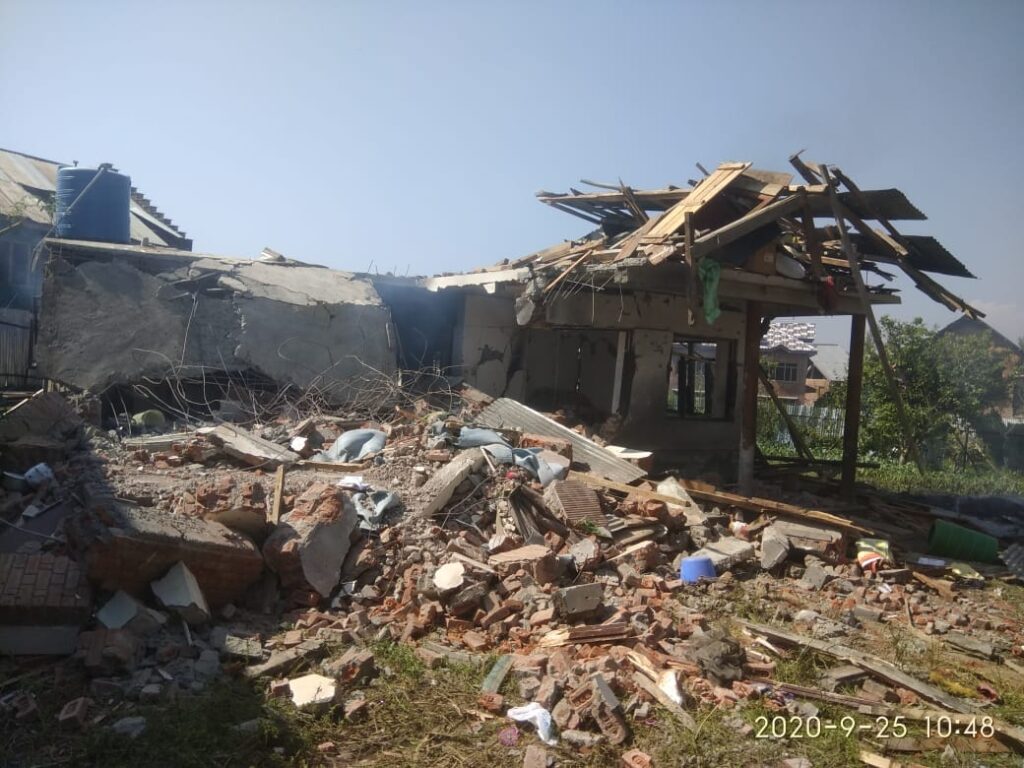 Srinagar, Sept 28: A youth who was injured along with three other when some unattended explosive substance went off from debris of a house razed during a gunfight in Sirhama area of south Kashmir succumbed to his wounds, officials said on Monday.

They said that the youth, Yaseen Mohammad Rather son of Mohammad Maqbool Rather of Sirhama died last night at a hospital here.

Yaseen and three others— Irfan Ahmad, Shahid Yousuf and Mudasir Ahmad Magray—were injured when some unattended explosive exploded from the debris of a house which was razed during the gunfight in which two LeT commanders— Adil Ahmad Bhat of Pulwama and Abu Rehan alias Towheed—were killed on Friday last.

Yaseen and other youth suffered serious wounds and were shifted to Srinagar hospital for advanced treatment. However, Yaseen succumbed to the wounds late last night, the officials added. (GNS)