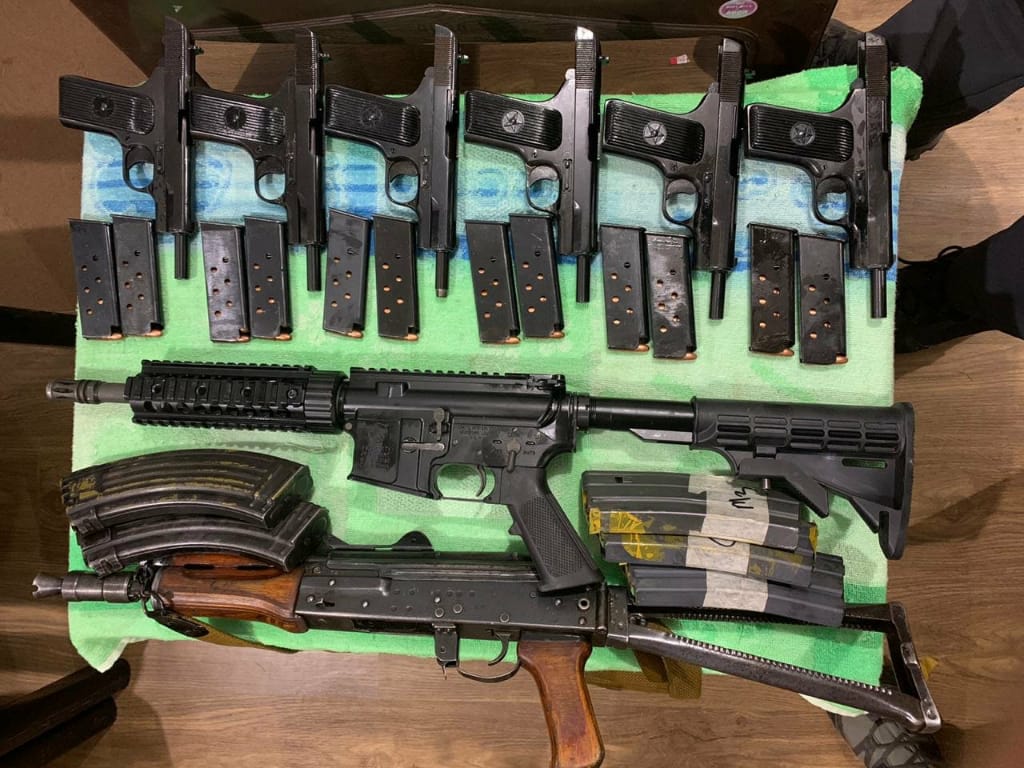 Srinagar, Sept 9): Two suspects were arrested along with arms and ammunition including M4 US carbine and an AK rifle by joint forces near Jawahar tunnel in south Kashmir’s Kulgam district late last night, official sources said on Wednesday.

They said the joint forces intercepted a truck (JK22B-1737), coming from Samba district, near Jawahar Tunnel and recovered one AK rifle with 2 magazines, one M4 US Carbine with 3 magazines, six Chinese pistols with 12 magazines.

A senior police officer said that two persons onboard the truck have been arrested and their interrogation was going on.

The officer identified the duo as Bilal Ahmad son of Ghulam Muhammad Kuttey and Shahnwaz Ahmad Mir son of Zahoor Ahmad Mir, both residents of Shopian.

Jammu and Kashmir’s Deputy Inspector General of Police (DIG) for South Kashmir range, Atul Goel Wednesday said that the apart from the US-M-4 Carbine and AK-47, six Chinese pistols recovered from a truck at Jawhar Tunnel on Srinagar-Jammu highway at Kulgam district, were meant to recruit new people into militancy.

“Joint teams of security forces along with police stopped a truck and recovered huge quantity of arms and ammunition including US-made M-4 carbine and AK-47, besides six Chinese pistols.

He police have so far been able to contain the local militant recruitment after it witnessed a sharp rise earlier. “We will not allow the recruitment to gain ground again,” he said.

Asked about the arrests made and whether weapon consignment was meant to be delivered in South Kashmir, he said that two people including the driver of the truck and the Co-driver have been arrested and a special investigation team (SIT) has been constituted to find out for whom the weapons were meant to be delivered.

“Prima facie it looks like that the pistol consignment was meant for recruitment new youth. Investigations are on and more details will come to fore,” he said. “One thing is clear that weapon consignment was obviously to fuel militancy in South Kashmir”—(KNO)