After the abrogation of Article 370, insecurity of losing identity,land, jobs & environment concerns people in Ladakh UT 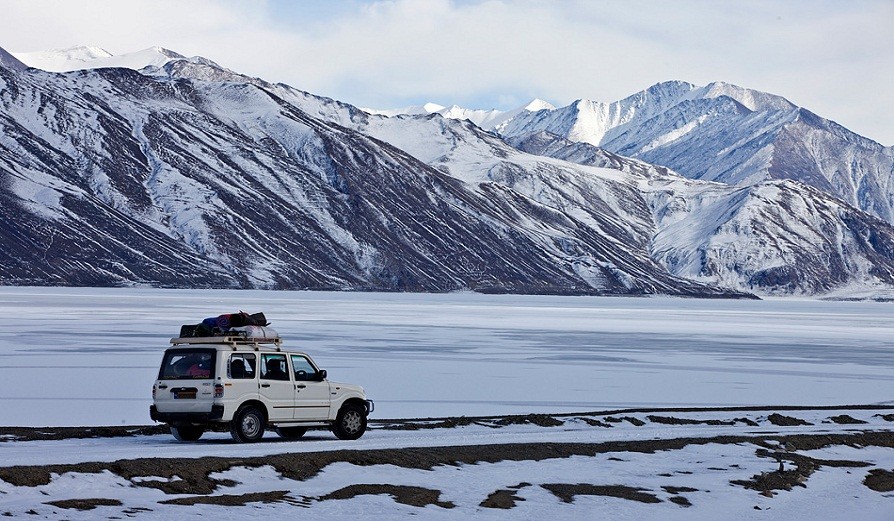 Ladakh, Sep 07: A year after the abrogation of article 370, the people living in the newly created Union Territory of Ladakh are highly concerned about their land and jobs and demanding “constitutional safeguard” fearing that the region may loose its identity and environment to the outsiders.

Not only the opposition parties, but the people from ruling Bharatiya Janata Party (BJP), have also showed their high concern about the constitutional safeguard to Ladakh and have expressed resentment and showed concern about the possible identity loss and growing hopelessness among the local population—jobs, land and other things won’t be exclusively available for them and the region will lose its rich identity it holds for long now.

The political leaders said that the newly created union territory Ladakh will suffer immensely in times to come, “if the constitutional safeguard isn’t granted the worries for people won’t end and the insecurity among the people will mount amid fears of loss of identity, jobs, land, culture and rich identity.”

Former BJP chief for Ladakh Chering Dorjey, who is the senior most politician from the region said that if the constitutional safeguard under 6th schedule isn’t given to the region it will have huge impact over the local population. “We will have to struggle immensely for the times to come,” he said.

Rinchen Namgyal, official spokesman of Aam Aadmi Party (AAP), from the region said that nearly 97 percent of the population is tribal and the region is border area with two countries, Pakistan and China around them and the new domicile law from center government will largely affect the identity of Ladakhi’s.

“Mass migration, mass exploitation of the region’s resources and economy will happen and the rich culture of Ladakh will end if the protection under 6th schedule isn’t given and with time the people of the region will become minorities”, he said.

Sajad Hussain, a young political face from the region, who contested 2019 Lok Sabha polls said that the demand for the 6th schedule is from the people of Leh only and it’s unfortunate that whenever any demand came up from Leh they’re stubborn to build a narrative that it’s the demand of entire Ladakh while as any demand raised from Kargil is stated to be the sole responsibility of it (Kargil).

“All the insecurity of land, job and other things is entirely the responsibility of people who gathered to celebrate the UT status and they’re responsible for the amount of insecurity”, he said.

“The Leaders of Leh got trapped in an anti-Kashmir narrative during which their stand was against the article 370 and 35A which actually turned the entire region vulnerable to the huge concerns of job, land and future security,” he said. “Whatever the demands are being raised right this time about the safeguard are only in view of the forthcoming hill council polls only and why all being is sought after completion of a year no prior to that.”

The people of Kargil want the restoration of statehood status same as it was on August 04, 2019 , Hussain said.

Earlier, a resolution was moved by senior BJP councilor and deputy chairman of LAHDC, Tsering Samdup that read: “Keeping in view aspirations of the people of Ladakh, I would like to move the resolution that the Union Territory of Ladakh be granted constitutional safeguards for land, environment, employment, business, and cultural resources either under the sixth schedule or Article 371 or domicile Act, under the Constitution of India, to protect the tribal rights of indigenous people of Ladakh.”—(KNO)