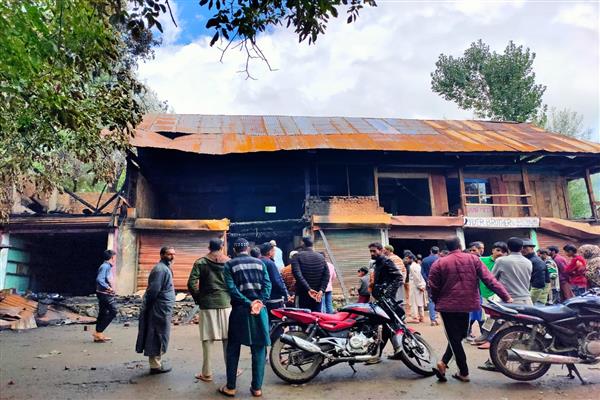 Kupwara, August 28: Over a dozen shops were gutted in a blaze that broke out on late Thursday night in north Kashmir’s Kupwara district.

As per Official  at least eleven shops that were gutted in fire were located at Manwan Awoora area of Kupwara.

The official said the fire is suspected to have started with a short circuit in one shop and then spread to other shops in the market.

The exact figure of loss is yet to be ascertained; however investigation has been set into motion the official added.

He said in the mishap no human life or any Injury was reported.

A police officer told that a massive fire broke out in Awoora Kupwara during night. He said the blaze was controlled after teams of fire tenders, police were pressed into service.

Meanwhile, locals blame fire service department for failed to reach on time. They also demanded own fire and emergency station in the area. (KNS)