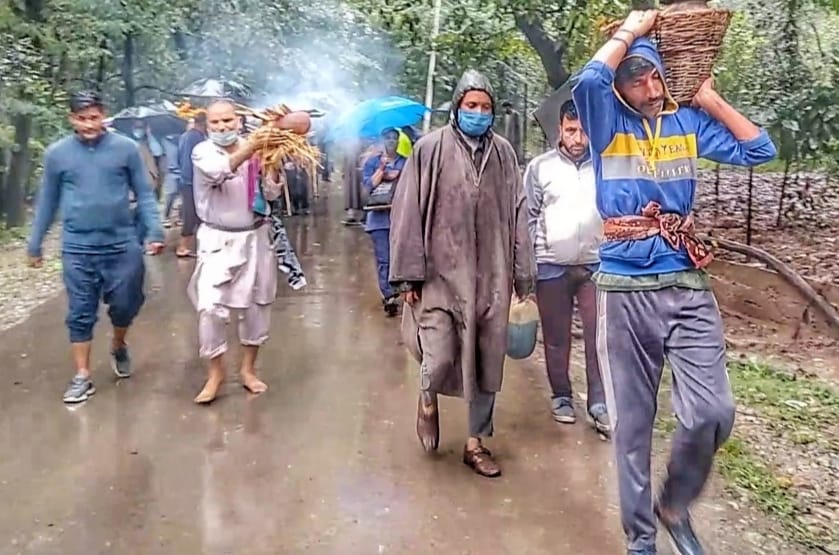 Local sources said that a pall of gloom descended, after villagers at Pargochi village of Shopian heard the news about the demise of 103 year old Kashmiri Pandit woman Uma Devi.

Not caring about massive downpour, people from majority Muslim community visited the house to express sympathies with the bereaved family.

“Uma Devi breathed her last while Muslims helped the family in her cremation. She was a respectable figure and everyone in village called her Uma Kaken (Kaken is affectionately called to an elderly woman in the countryside of Kashmir),” said a local Junaid Ahmed.

Uma Devi and her family didn’t leave Kashmir, when Pandits in large numbers preferred migration after the start of Freedom Movement in Kashmir.

After 1990’s Muslims help in the cremation of almost every Pandit male and female who passed away in Valley. (KNT)