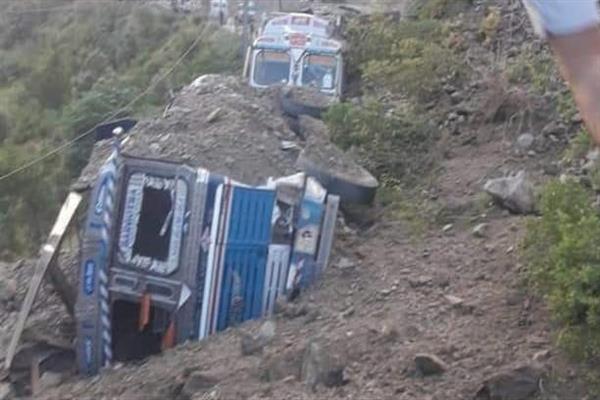 Srinagar, Aug 25: At least four persons including a woman were killed while several buffaloes also perished in separate landslide incidents in Reasi district on Monday.

An official said that three persons were buried under the debris after a landslide hit Khour area on the intervening night of August 24-25 due to the heavy rainfall.

He said the bodies of all the three persons including a woman were retrieved. “Reportedly, some buffaloes have also perished after the landslide hit the area,” the official said.

Meanwhile, in a separate incident, a man was killed while some buffaloes were also killed after a landslide hit Khour area of Mahore sub-division in Reasi district.

Officials said that Wali Muhammad, son of Gulab Din of Upper Tuli Chassana, who had taken his cattle to Khandi Gali Dhok in Thakrakot Tehsil for grazing was killed while his buffaloes in Dhok got also perished.

“A man alongwith his five buffaloes were buried alive,” the officials said, adding that body of the man was later retrieved—(KNO)