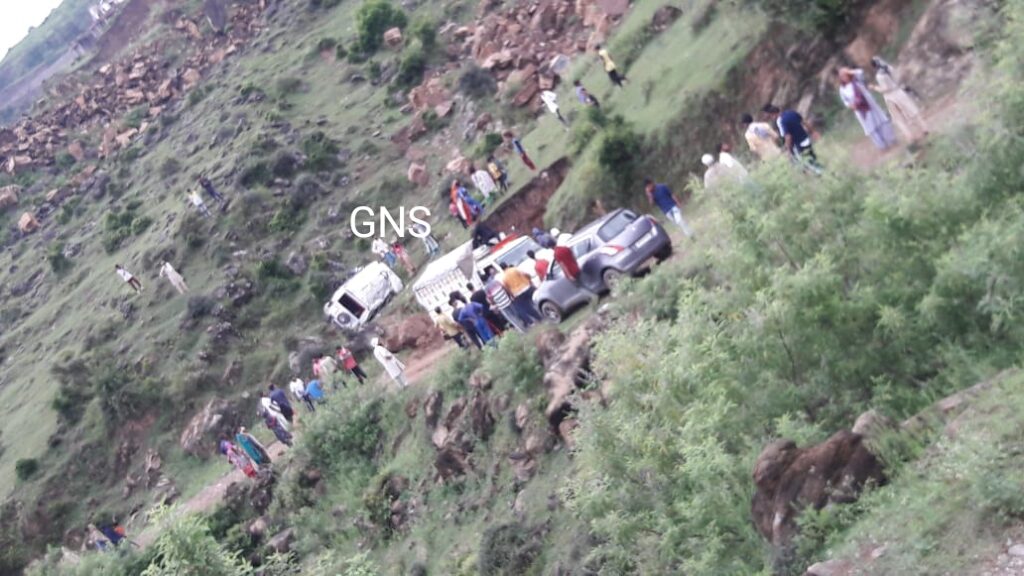 Jammu, Aug 23: Two persons including a woman were killed and three persons were injured in an accident in Reasi district of Jammu on Sunday evening.

Official sources said that a vehicle (Eco) without registration number met with an accident purportedly due to dense fog at Daggan top on way from Gool to Judda Arnas.

They said that the vehicle skidded off from the road, resulting into on the spot death of driver Reyaz Ahmed of Dimi Budhan and Samina Akhter wife of Mohammad Shakeel of Judda Arnas.

Three persons were seriously injured in the accident and have been identified as Mohammad Shakeel son of Showket Ali of Judda and his two daughters—Myra (6) and Mehar (8 months). A police party reached the spot and shifted the injured to hospital. A case FIR (No 66/2020 u/s 279, 337 and 304A) IPC has been registered and investigation set into motion, they added. (GNS)