‘Measures undertaken on 5th of august last year have plunged the entire J&K into chaos’: NC 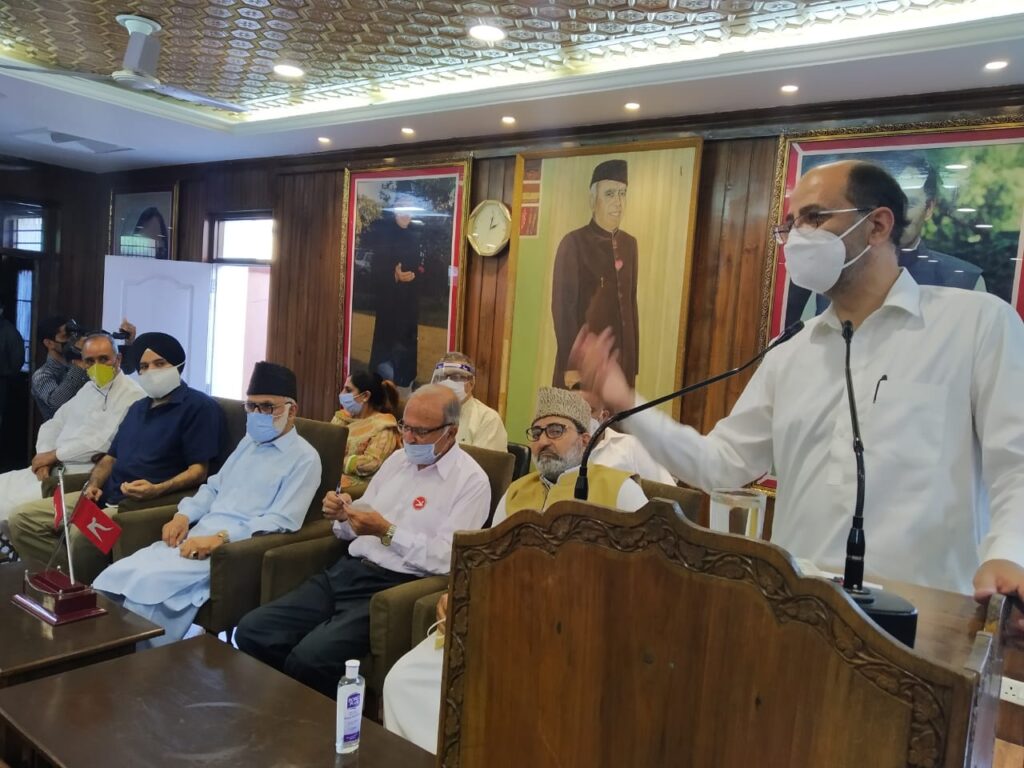 Srinagar, 22 August: Jammu and Kashmir National Conference (NC) on Saturday asserted that spiteful measures undertaken by the GOI (Government of India ) on August 5th last year have not fared well in any region of J&K, and that the party will fight for the restoration of unique identity of J&K.

According to statement issued by the party, in his maiden address to the workers and functionaries after his release from yearlong incarceration Party’s General Secretary Ali Muhammad Sagar expressed deep anguish over the confabulations which were churned out to demean and dismember the people’s representatives of Jammu and Kashmir, saying the bond that NC with the people of J&K is age old and watered by the mutual trust.

“Today J&K is at cross roads, the democracy has been lent dysfunctional, opposition repressed, political voices dismembered and the economy in shambles; the onset of global pandemic has only aggravated the already grim scenario prevailing post august measures of last year. Every single sector is ailing, what good has been achieved by the successive elected governments since 1996 has been put into a chasm. Keeping up with its conviction, our party will keep on representing the aspiration of people,” he said.

Party’s Provincial President Nasir Aslam Wani said that the National Conference owing to its representative character and deep-rooted bond with the people of J&K has been in a line of fire from such forces as are inimical towards the genuine interests of the people of J&K.

“The tragedy that befell on us on the 5th of August last year has deeply enraged us but has failed to dent our determination. The way the peace loving people of J&K withstood the assault on their identity also merits appreciation. The measures have also not fared well in Jammu, Kashmir and Ladakh. People in every region of J&K are worrisome about the future of their kids. Far from bringing the promised dividends claimed by the ruling dispensation the measures undertaken on 5th of august last year have plunged the entire J&K into chaos. You name anything, every single vital sector of the economy is in shambles, and people see no light at the end of the tunnel. We on our part continue to work on the sacred mission of restoring what was snatched from the people of J&K on 5th of August last year. Peace, harmony, equity, equality have long been the star attractions of our politics which we have inherited from Sher-e-Kashmir, will continue to be the cornerstone of our struggle,” he said.