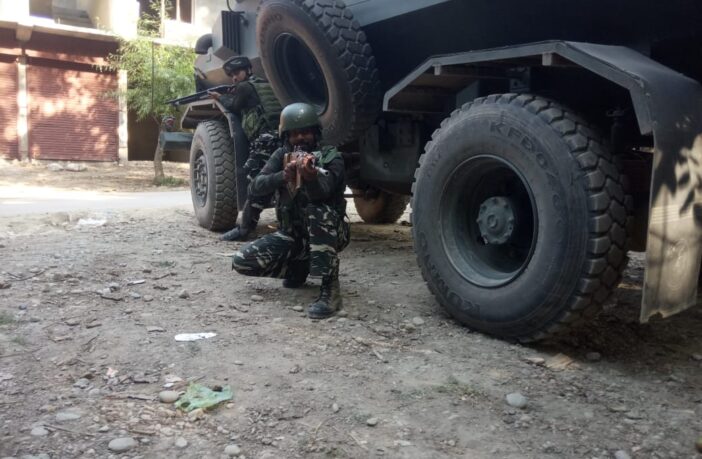 Srinagar, Aug 19: A 19-year-old youth who had joined militant ranks only nine days back was killed in a gunfight with government forces in Chitragam Mulu area of South Kashmir’s Shopian district on Wednesday.

According to the reports, a joint team of Police, Army’s 44 RR and CRPF launched a cordon-and-search-operation amid specific inputs about the presence of the militants.

As the joint team encircled the suspected spot, the hiding militants fired upon them. The fire was retaliated by the joint team, triggering off an encounter in which one militant was killed.

When the guns fell silent, sources said, the joint team launched a massive search operation, recovering body of the one militant while two others reported escaped.

The slain militant was identified by the official sources as Talib Hussain Mir son of Nissar Ahmad Mir, a resident of Malikpora Shopian who according to them had joined Hizb-ul-Mujahideen ranks on August 10 this year. However till filing of this report, official confirmation was awaited as also recovery of arms and ammunition from the site of gunfight. (GNS)