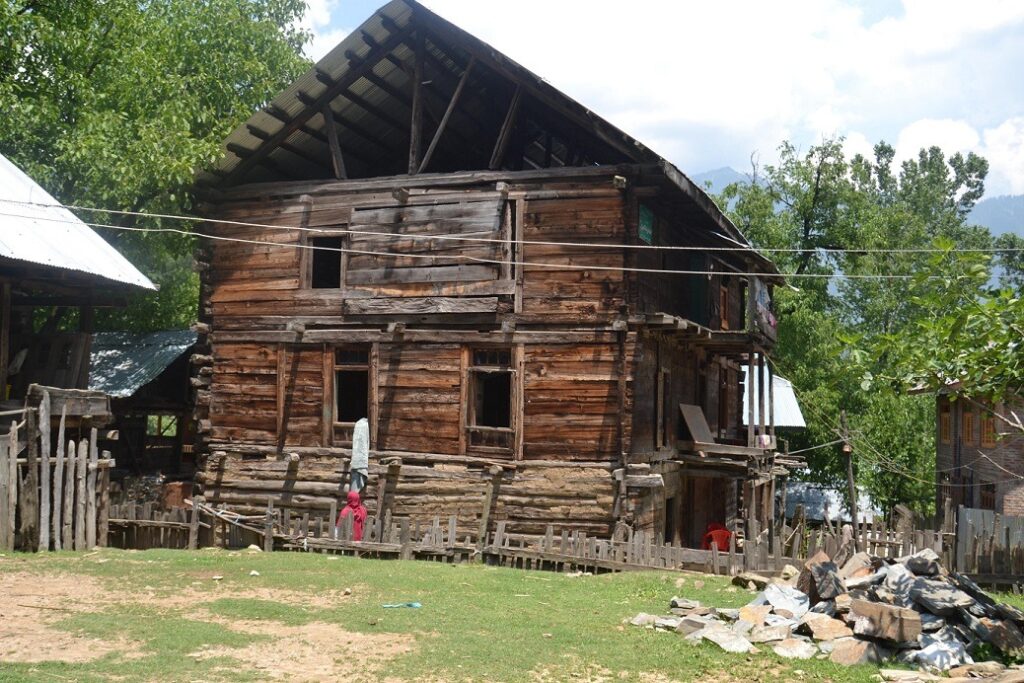 Kupwara, Aug 17): Nearly three years after the government of the erstwhile state of Jammu and Kashmir directed the education department to conserve the literally contribution of Maulana Anwar Shah Kashmiri (RA) and preserve the 150-year-old residential house under its heritage conservation programme, it is lying in ruins due to the inaction of the concerned department.

In 2017, the government led by People’s Democratic Party (PDP) had assured about recognising the literary contribution of Maulana Anwar Shah Kashmiri (1875-1933) and the education department had decided to preserve his 150-year-old residential house under its heritage conservation programme.

The relatives who also live nearby the house of prominent islamic scholar and preacher Maulana Anwar Shah Kashmiri (RA) at Shahabad village in Lolab said that after government decided to develop it as heritage site the traditionally built three story structure is still lying in ruins due to the inaction of the concerned department.

They said that the government back in 2017 decided to preserve the structure under heritage programme and develop it as a heritage site in memory of the Islamic scholar in order to preserve his literary contribution which still lies within the house.

Mohammad Akbar Lone, one of the relatives living in the same village beside the house of Islamic scholar said that the government had decided to convert this house into a heritage site but what about the families living within for long now who have not been rehabilitated and don’t have a place to live.

The relatives living there said that the three brothers living in the house have now migrated and are putting up as tenants in Srinagar and earning their livelihood there.

Locals of the area said that the government has miserably failed to protect the ancestral house of renowned Islamic scholar despite assurances.
They said that the structure is lying in ruins with none allowed to take-up new construction after the heritage site promise from the government.

“Government has left a signboard hanging outside the house and nothing else was done till date to preserve the handwritten literary works and the house of Maulana Anwar Shah Kashmiri (RA)“, locals said.

Locals also said that the then Chief Minister Mufti Mohammad Sayeed in 2003 had promised to develop the area as a model village which still craves for a bridge that leads to the house of a great Islamic scholar.

Official sources within the education department disclosed  that a survey of the house was conducted last year and the report compiled was forwarded to higher authorities but nothing has been done on the ground.

Chief education officer Kupwara, Abdul Hamid Fani, on being contacted said that he has no information about the same as he recently joined as CEO. “I will verify about it,” he said—(KNO)