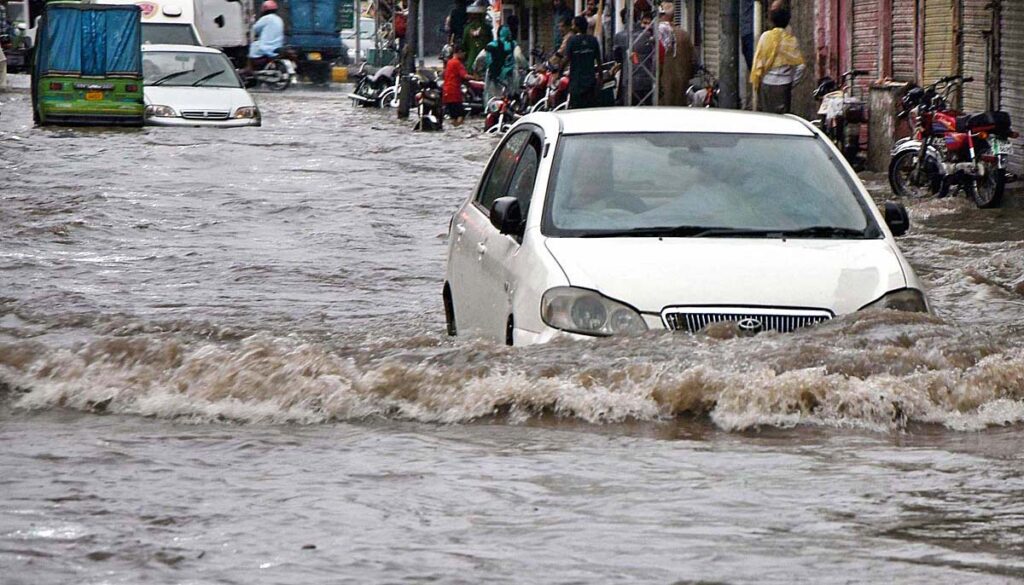 Karachi, August 10:  The death toll from three days of heavy monsoon rains triggering flash floods in Pakistan has risen to at least 58, officials said on Sunday, Anadolou news agency reported.According to the report, Sindh, Balochistan and Gilgit-Baltistan in particular have been badly hit by the recent rain spell, flash floods and gusty winds washed away several roads, and bridges, downed trees and utility poles and damaged standing crops.

Hundreds of villages have been submerged, forcing the government to call in the army for rescue operations.

As many as eight people died in rain-related incidents in Balochistan, 19 in Khyber Pakhtunkhwa, eight in Punjab, 12 in Sindh, 10 in Gilgit-Baltistan and one in Pakistan Administered Kashmir, according to Pakistan’s National Disaster Management Authority, a state-run coordinating agency, the report said.

The Provincial Disaster Management Authority – Sindh said it has dispatched six motorboats and more than 5,000 rescue and relief items including tents, mosquito nets, for victims in Dadu district.

In Balochistan, some 300 villages in 15 districts have been inundated, Liaquat Shahwani, a spokesman for the provincial government, told reporters, the report added.