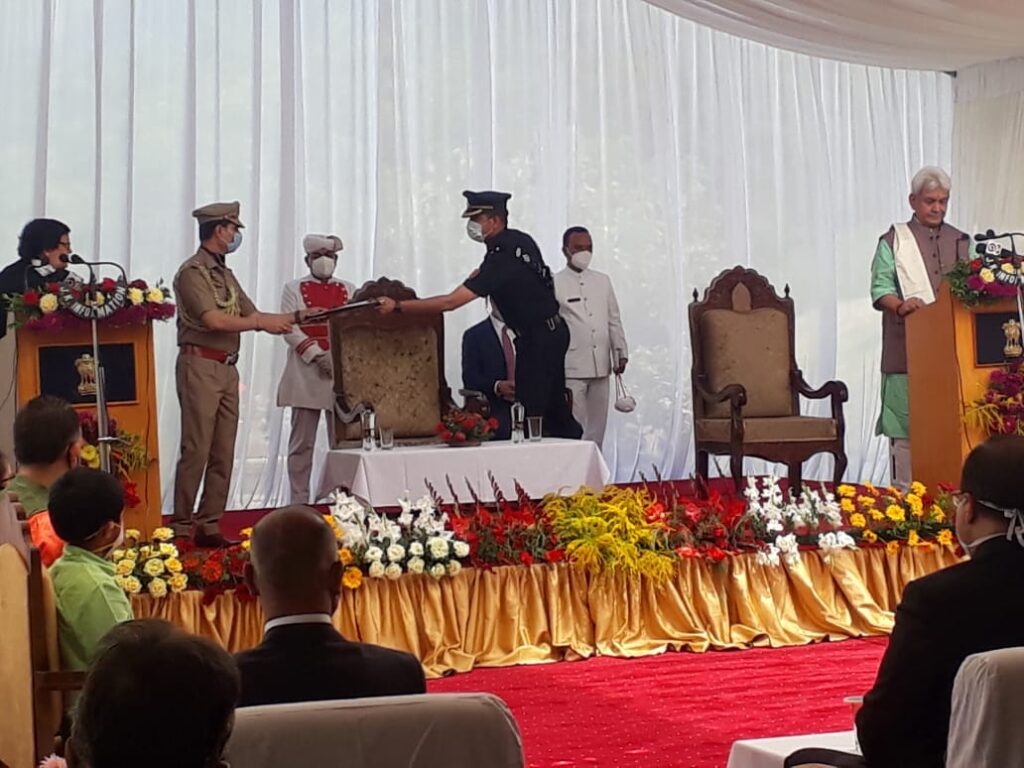 Srinagar, August 07: Lieutenant Governor of Jammu and Kashmir Union Territory Manoj Sinha on Friday said that his mission was to bring peace, end militancy and to ensure development by all means here.

“J&K is India’s heaven and crown. I have been given a chance to play a role here. August 5 is a historic day and will be remembered in history. I met some officers and they told me that in the past year, there has been a lot of development in all sectors. I will take forward the same process of development with a speed and vigour,” Sinha told reporters at Rajbhawan Srinagar, soon after taking the oath.

Sinha also said there is a need to instill confidence among the “aam Janata” of J&K in democracy.

“I have no specific agenda and there will be equal treatment with all. I will work for the welfare of people of J&K. I will try on that front and I have spoken to some officers in that regard already. I will be in touch with the media too besides common people of J&K,” Sinha said.

The new LG said that his mission in the J&K UT will be to ensure peace, end militancy and to work for the development by all means.

In response to a question, Sinha said the team of officers, who are part of the system will stay in touch with the people.

“We will listen to the grievances of people and ensure their timely redressal.”

Earlier he took oath as the new LG of the Union Territory of J&K at Rajbhawan here.