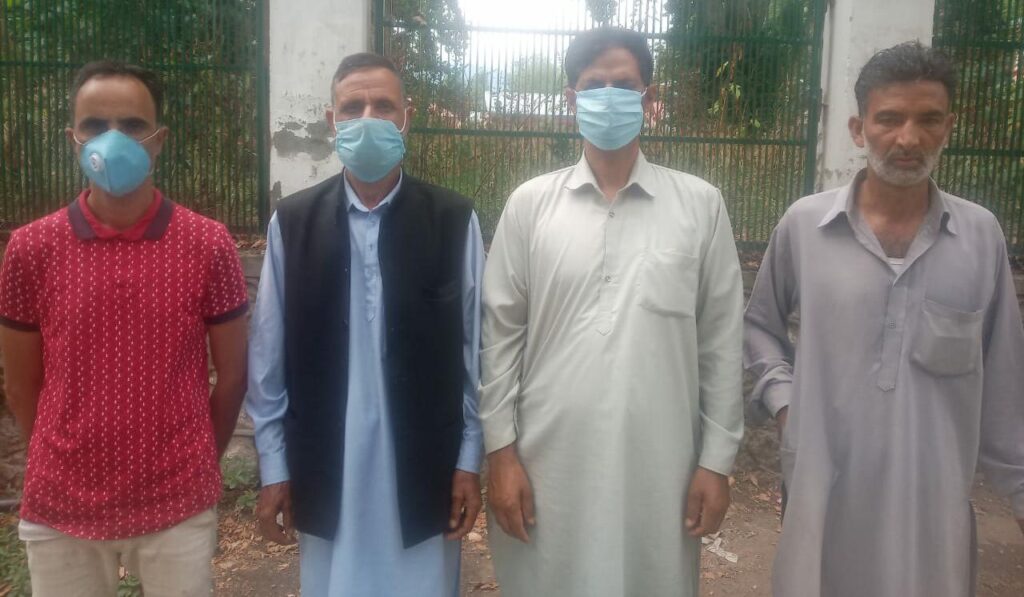 Qazigund, Aug 06: Soon after suspected militants killed BJP Sarpanch in Qazigund area of Kulgam district on Thursday, several BJP leaders and political workers resigned from the party fearing reprisal from militants for being affiliated to the BJP.

BJP General Secretary for Dooru Muhammad Rafiq Bhat constituency here in South Kashmir’s Anantnag district while announcing his resignation from the party said that he has nothing to do with BJP from now on wards. “I resign from the party. I request people to forgive me, if my actions have hurt them in the past,” Bhat said.

Independent Sarpanch Muhammad Iqbal from Chandan Pajan area of Devsar, Kulgam uploaded a video on social media announcing his resignation. “I am resigning from the post of Sarpanch. I have not earned a penny after being elected as Sarpanch. I have small kids and my wife has died. If I die, there is no one to take care of my kids,” he said.

A couple of days ago, militants fired upon a BJP Sarpanch Arif Ahmed at Akhran Mir Bazar area of Kulgam, leaving him critically injured. Arif was BJP Sarpanch. He is battling for life in SKIMS, Soura

BJP J&K vice-president Sofi Yousuf said that several forces don’t want to see BJP as a growing party in Kashmir. “They want to create fear psychosis on the ground. That’s why militants are killing our workers”,  he said. “We urge the government to provide immediate security to BJP Sarpanchs, Panchs, Corporators and grass root level workers,” Sofi said.

A senior police officer in Kulgam district said that many BJP and other political workers approached the police for security. “They have been accommodated at safe locations and their security concerns are being taken care of,” he said, wishing not to be named—(KNO)