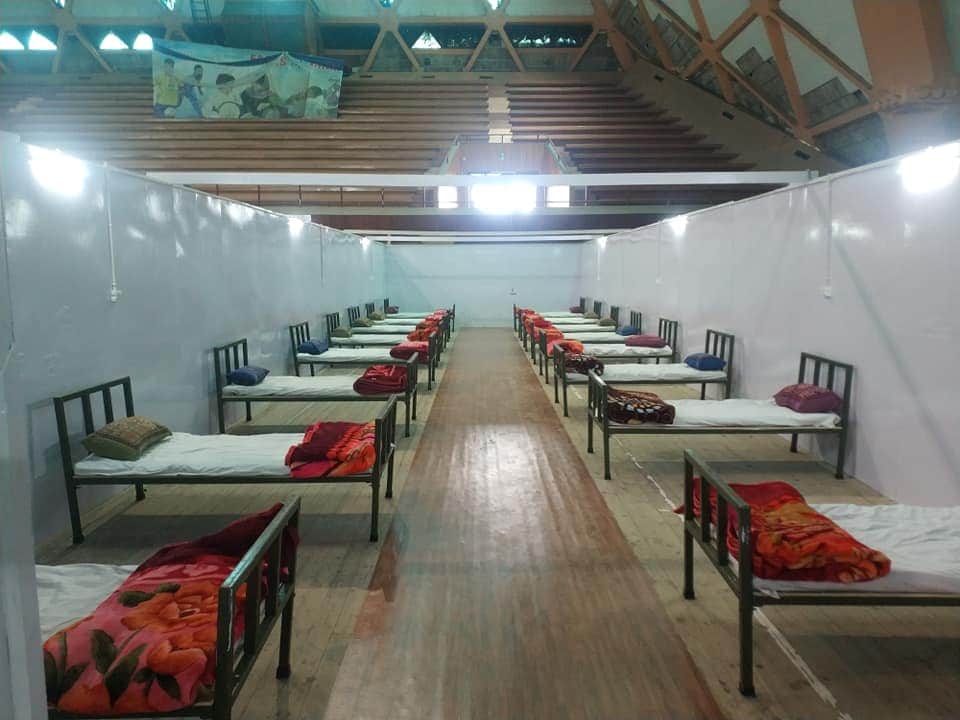 Srinagar, July 30: In a biggest-spike in deaths in 24 hours, Jammu and Kashmir reported seventeen more covid-19 deaths since last night, taking the fatality count due to the virus in J&K to 366, officials said on Thursday.

Among them, 16 deaths were reported from Kashmir, mostly from Srinagar which continues to top the list with highest number of fatalities, while one death occurred in Jammu.

They said that while nine deaths took place in this summer capital of the J&K, three victims belonged to Shopian while one death each was reported from Baramulla, Kulgam, Budgam and Jammu.

They said that four deaths took place at CD hospital, one of the exclusive facilities for the management of the covid-19 patients, and five took place in the SKIMS Soura including a 55-year-old CRPF trooper, while two persons died at Government Medical College Baramulla and one, an 80-year-old man from Shopian, at District Hospital Pulwama and his age-mate from the same district at SMHS hospital here.

They said that a 53-year-old woman Ashagipora Anantnag died, a day after she was admitted to SKIMS hospital.

The deaths reported from CD hospital include a 50-year-old woman from Batamaloo Srinagar, a 70-year- old Keegam Shopian, a man from Humhama Budgam and a 65-year-old man from Naseembagh Srinagar.

A senior doctor at CD hospital said that the woman from Keegam Shopian had severe “pneumonia with hypothyroidism and the patient was ventilator.”

“She developed sudden cardiopulmonary arrest at 2 a.m. today. The CPR was done but she could not be revived,” the doctor said.

Regarding the quinquagenarian from Batamaloo, the doctor said that the patient had bilateral Community Acquired Pneumonia. “The woman was suffering from hypertension and hypothyroidism,” the doctor said, adding, “The patient had cardiopulmonary arrest at 7 a.m. on July 30 and was declared dead after 45 minutes.”

Regarding the man from Humhama Budgam, the doctor said that he was suffering from “bilateral pneumonia with hypothyroidism.”

“He was on mechanical ventilator and developed sudden cardiopulmonary arrest at 1:20 a.m. today and was declared death after 15 minutes,” the doctor said.

As regards the man from Naseembagh Srinagar, the doctor he was suffering from pneumonia with hypertension “He was on mechanical ventilator and was extubated twice. He had sudden cardiopulmonary arrest last night and he could not be revived.”

The other deaths include a 70-year old woman from Delina, a 75-year-old man from Kreeri Baramulla besides two octogenarian men from Muldare and Turkawangam.

A doctor at District hospital Pulwama told GNS that the octogenarian from Muldora Shopian was having chest diseases along with comorbidities. The 80-year-old from Turkawangam died at SMHS hospital, three days after he was admitted there. “He was suffering from pneumonia and had comorbidities,” a senior doctor at the hospital said.

Regarding the septuagenarians from Delina and Kreei respectively, sources said that both of them were suffering from bilateral pneumonia and died on the same day, July 29, at GMC Baramulla. One of them, 70-year-old woman from Delina, remained admitted for three days before the death while the 75-year-old from Kreeri was admitted on July 27.

Regarding the Kulgam death, they said, that a 60-year-old man from the Damhal area of district who died on July 28 was included in the list by the government today.

Meanwhile, a 56-year-old woman from Shastri Nagar Jammu who was brought death to GMC Jammu yesterday, tested positive on Thursday.

“She was a known case of t2 diabetes mellitus and had high fever AND COUGH 3 days back, “a doctor at GMC Jammu told GNS, adding, “Rapid antigen test was done as well as RTPCR test and it reported positive.