Truck stolen, later found but without tyres in Kulgam 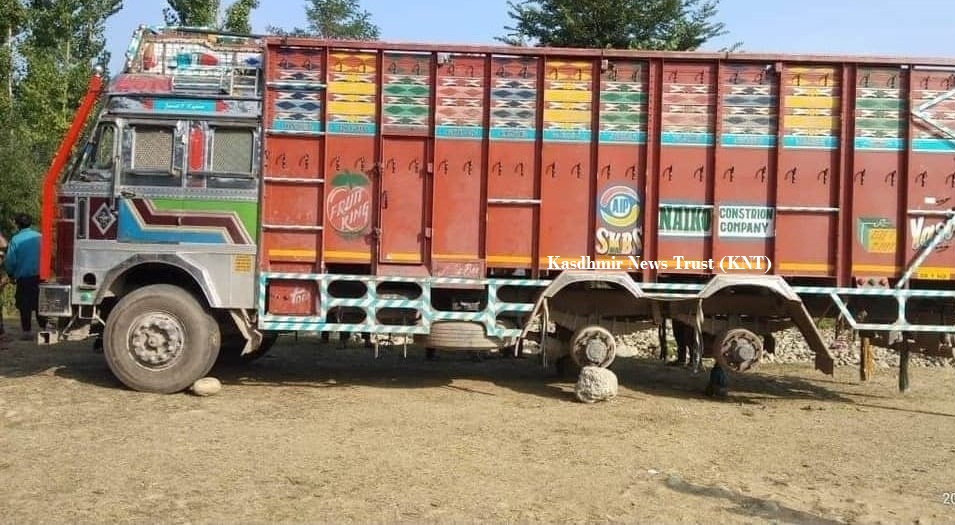 Police sources said that during the intervening night of 27 and 28 July vehicle lifters stole a truck (JK18A-6431) from the road and was later found parked at village Awhatoo of Kulgam but without it’s tyres.

A police official said that the truck belonged to one Khursheed Ahmad Naik son of Abdul Rehman, a resident of Rambhama area of Damhal Hanjipora Kulgam.

The official said that a case has been registered in this regard and investigation set into motion.

During this pandemic, the vehicle and bike theft incident have increased manifold. (KNT)