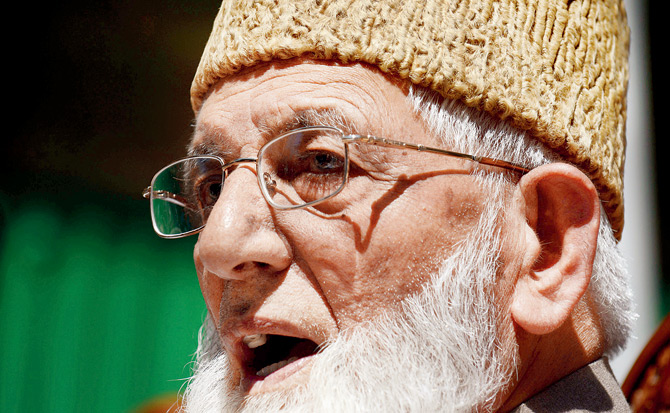 The resolution has also proposed to name an engineering university after the name of ailing Kashmiri Hurriyat leader.

The reports stated that the resolution were moved by Jamaat-i-Islami senator Mustaq Ahmad which was passed unanimously in one voice by the senators.

The reports said that resolution praised the Geelani’s “selfless and relentless struggle and sacrifices for the right to self-determination of the people of J&K”.

The resolution also sought inclusion of Geelani’s life in the school curriculum.

The media also reported that that the senate decided to hold its session in the legislative assembly of Muzaffarabad in Pakistan Administered Kashmir on August 5- the day Article 370 was abrogated from the erstwhile state of J&K and it was divided into two union territories.

Geelani has resigned from  Hurriyat Conference (HC), the biggest separatist amalgam in the valley on June 29.

The 90-year-old Geelani, who has not been keeping well from last several years, was the life-long chairman of Hurriyat Conference.