CPEC will be a ‘game changer’ for the motherland, bringing unprecedented prosperity: Imran Khan 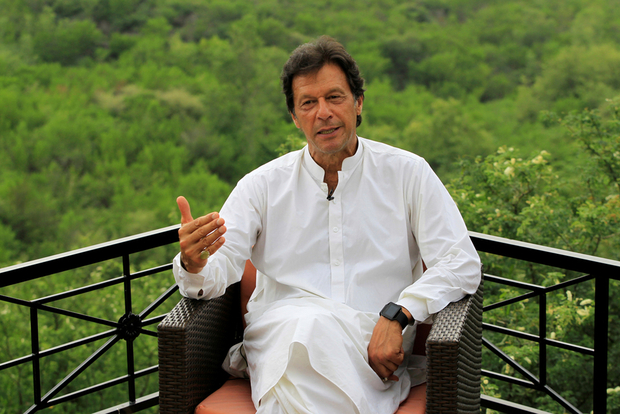 Islamabad , Jul 07: Prime Minister Imran Khan has said that China-Pakistan Economic Corridor (CPEC) will be a ‘game changer’ for the motherland, bringing unprecedented prosperity and progress to the country, The Dawn reported.

“It (CPEC) is a project that will take Pakistan to new heights [of prosperity],” the prime minister said after witnessing the signing of agreement with China Gezhouba for Azad Pattan hydropower project at a ceremony held at PM Office on Monday according to The Dawn.

“Pakistan can learn with the progress made by emerging economic power, China, during the last 30 years,” Mr Khan said. He said he was glad that the hydropower project was being commissioned under the CPEC. “Earlier, the CPEC was confined to road connectivity, but now other aspects of the corridor are being unfolded,” he added.

A part of CPEC, with an investment of $1.5 billion, 700.7-megawatt Azad Pattan will not involve fuel import, thus enabling the country to move towards cheaper and greener power while generating local job opportunities, Dawn reported.

The project is located at River Jhelum and is expec­ted to be completed in 2026.

“Time would prove the long-term benefits of CPEC, which is based on the economic cooperation between Pakistan and China,” the prime minister said, adding that Pakistan could learn a lot from the emerging world economic power, China. He expressed the optimism that the two countries would continue to benefit from the time-tested cooperation in diverse fields.

Referring to the signing of the agreement for Azad Pattan hydropower project, PM Khan said it was part of the investment to complete the power project based on clean energy. “Unlike the past, the project will not burden the people. The previous governments launched costly projects, which were made functional with imported fuel, thus increasing the cost of energy manifolds and stressing the local currency,” he added.

According to The Dawn, Mr Khan said that power projects based on imported fuel cost the country dearly, with the result that the industry could not compete with those in the neighbouring countries which were using low-cost energy. “This also caused burden on domestic consumers,” he added.

The prime minister said the hydropower generation was considered as a major source of clean energy, which was also in line with his government’s policy of ‘Clean and Green Pakistan’ and regarded as environment friendly. “It will also diminish the impacts of the global warming,” he added.

Mr Khan appreciated the energy ministry, CPEC Authority, the governments of Azad Jammu and Kashmir and Punjab for the agreement regarding the power project.

He said during the last 10 days, they had signed agreements for bringing in $4 billion investment and for generation of 1,800MW low-cost power. The projects would also provide jobs to about 8,000 locals, he added.