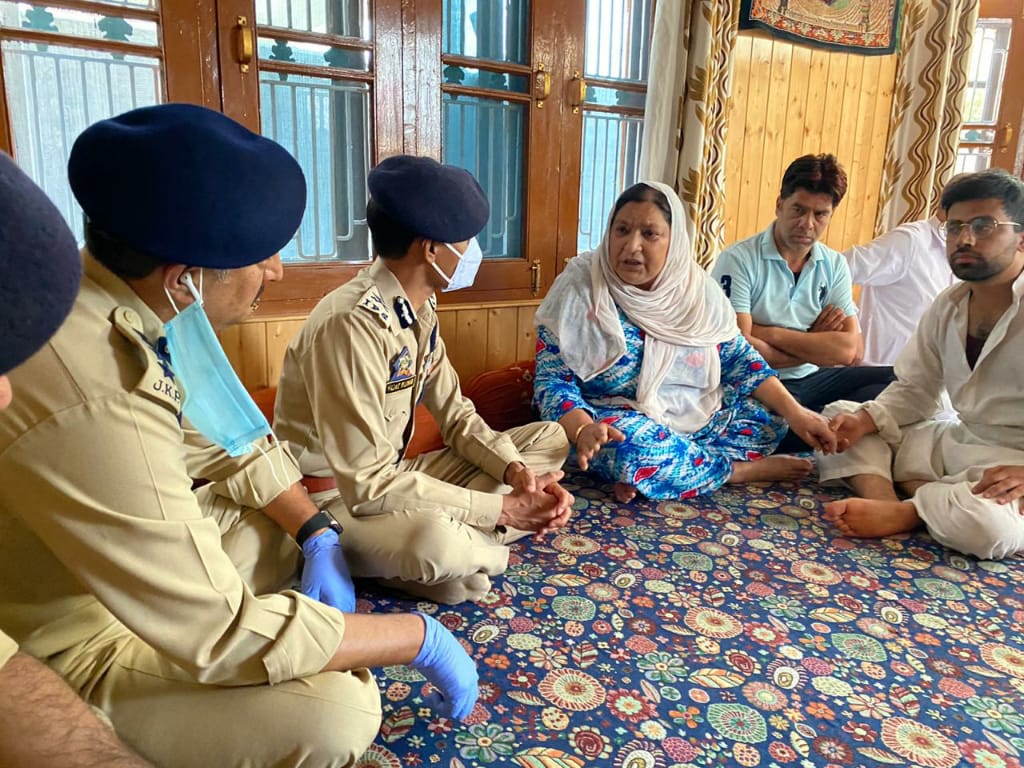 Srinagar, July 4: Inspector General of police Kashmir Vijay Kumar along with other senior police officers on Saturday visited the family of a civilian who was killed at Sopore earlier this week.

“I heard their grievances and I cleared all aspects. I also assured them an impartial investigation (into the incident,” IGP said after his visit.

“I also assured family to show CCTV footage if they wish to see the same,” he added.

Police says the civilian was killed in militant firing which also saw killing of a CRPF trooper and injuries to three other paramilitary men.

However, in a video statement that was shared on social media, slain man’s son Suhail Ahmad alleged his father was killed by the CRPF personnel.

Suhail said the CRPF personnel “dragged him from his car and shot him dead”.

Khan, who was a contractor, had taken his grandson from Srinagar to Sopore to oversee the progress of a construction work.