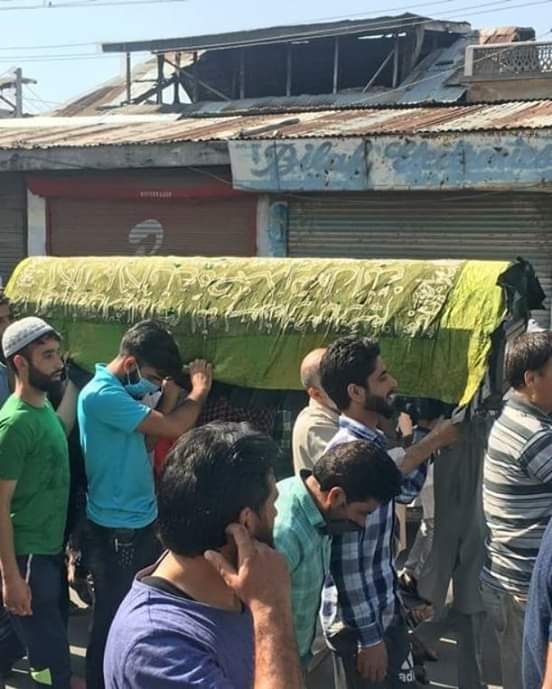 Srinagar, June 30: A 35-year-old man died on Tuesday after he fell from a wall in the Bemina area of Srinagar, officials said.

Officials said that a man identified as Bilal Ahmad Khan of Nowpora, Safa Kadal Srinagar died after falling from a wall.

They said the man was decorating a seven feet wall at a marriage ceremony in Bemina Srinagar, adding that he was taken to SHMS hospital where doctors stated that his spinal cord had completely broken and was put on a ventilator.

Officials said the injured later succumbed to his injuries in the wee hours of Tuesday.

Bilal as per officials is survived by a three-month-old daughter, wife and an aged mother.

Meanwhile, amid tears and sobs, thousands of people participated in his last rites. Bilal was buried at his ancestral graveyard at Waniyar Safa Kadal—(KNO)