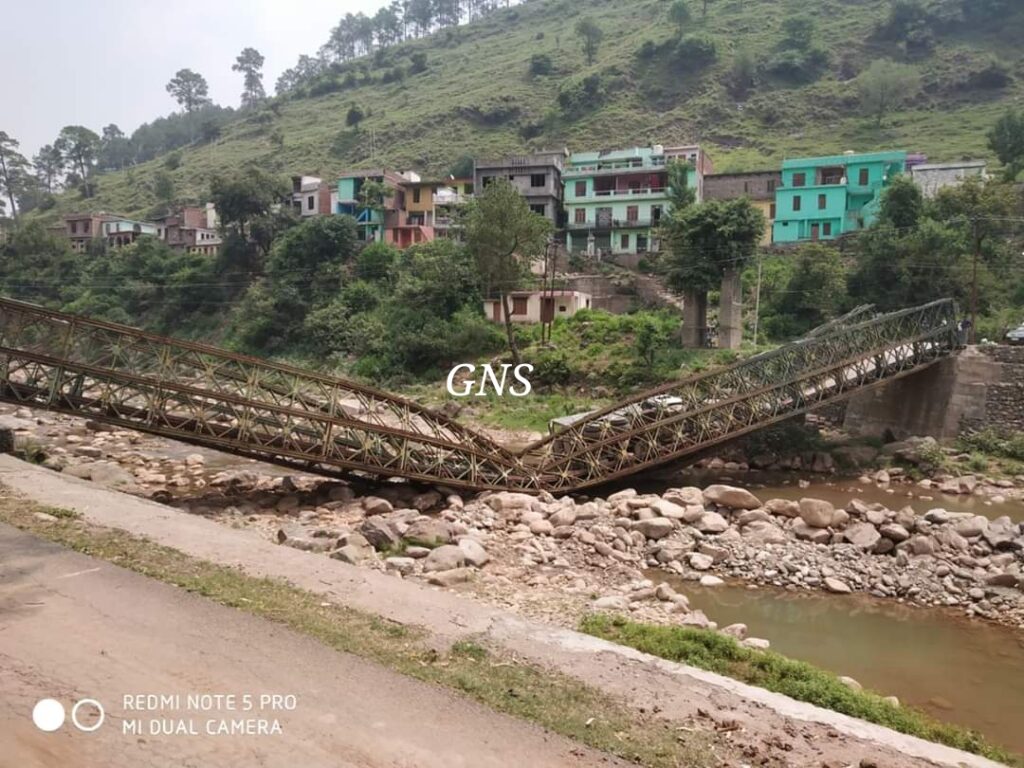 Jammu, June 22: A driver of a dumper vehicle was injured after an Army Reinforcement Bridge fell off near Gambir Panjgrahi in Rajouri district on Monday.

A dumper vehicle (JK02CB-1730) was crossing it when the incident took place, sources said.

Tehsildar Manjakote Mohammad Sagheer Choudhary confirmed the incident and said that injured has been shifted to hospital. “He has been admitted to Government Medical College Rajouri,” he said.

Meanwhile, a number of villages on either side of the bridge have been cut off due to the incident. (GNS)