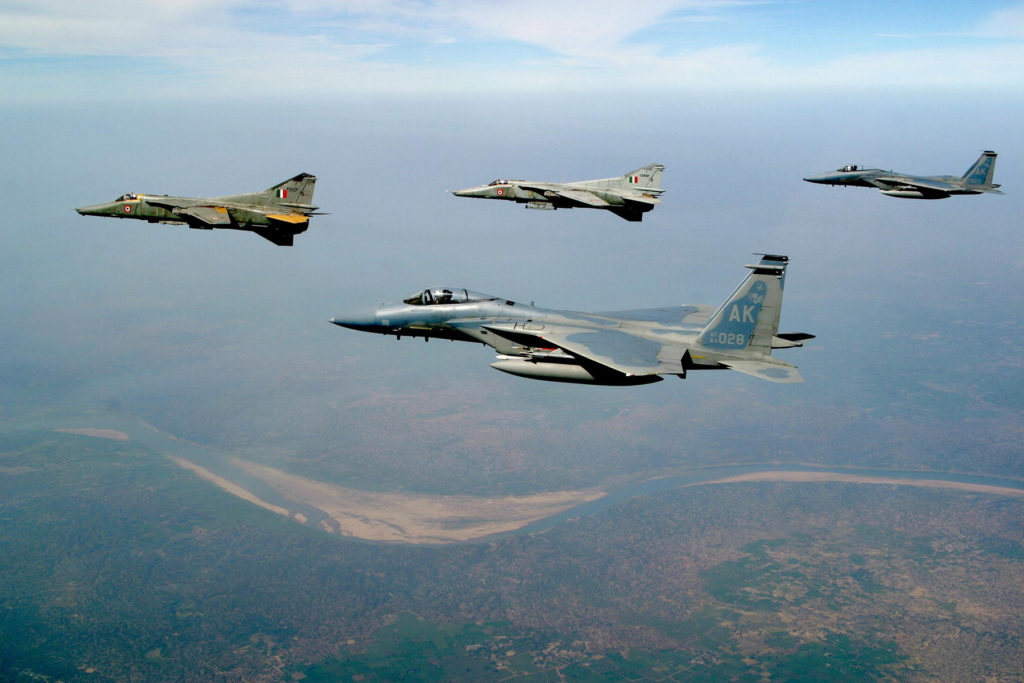 Srinagar: The Indian Air Force has been on high alert across Northern and Western borders with Air Chief Marshal R.K.S. Bhadauria personally visiting the forward location bases in Leh and Srinagar to see the preparedness on the ground.

“All fighter aircraft are put on high operational alert along the borders,” media reports said.

He went for a two-day visit to the forward bases and returned on Friday.

The force has moved its fighter plans across the forward locations and has directed all its men to remain on high alert.

Even Indian Navy has been put on high alert amid the ongoing tension between India and China.

Indian Army said on Thursday that there were no soldiers “missing in action” following the violent clash with the PLA troops on Monday night. The Ministry of External Affairs (MEA) also said that no Indian army personnel were missing.

The statement was made after 10 Indian soldiers, who were held in captivity from Monday night onwards, were released.

It is, however, not clear what led to Indians being taken into captivity by the PLA.

The clash on Monday night occurred on the south bank of Galwan river in which 20 Indian soldiers were killed.

Those were the first casualties faced by the Indian Army in a clash with the PLA since 1975 when an Indian patrol was ambushed by Chinese troops in Arunachal Pradesh.

Sources said Indian Army troopers were outnumbered by 1:5 ratio when they came under attack at patrolling point 14 along the Line of Actual Control.

China”s PLA troopers “savagely attacked” Indian Army personnel, according to sources in the government with knowledge of the details of the incident.

“The numbers were stacked up against the Indian Army troopers. Yet, the Indian side decided to fight the PLA troopers. The Indian soldiers were outnumbered 1:5 by the Chinese troopers,” the sources said.

China is also said to have used thermal imaging drones to trace the Indian Army soldiers scattered on the treacherous terrain before brutally attacking them.

“It was the deadliest attack carried on Indian Army personnel by the Chinese military personnel in our memory,” the government sources said.

The Indian Army said the soldiers went to the spot where the clashes broke out without any animosity and were displaying friendly gestures to the Chinese side. They were there to check if the de-escalation agreement was being followed as promised.