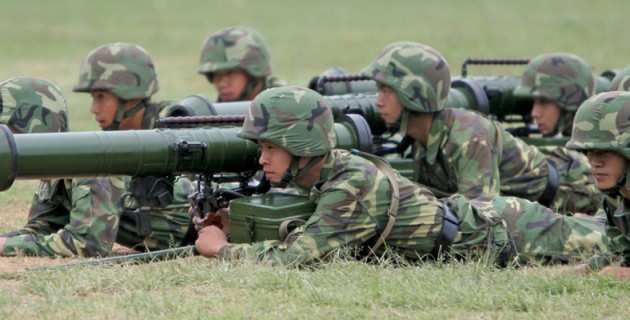 Beijing, June 18:  Propelling bilateral tensions further between New Delhi and Beijing by rolling out provocative statements, the Chinese Communist Party mouthpiece Global Times has warned that India “could face military pressure” from China, Pakistan or even Nepal if tensions along the border continue to escalate.

Quoting Hu Zhiyong, a research fellow at the Institute of International Relations of the Shanghai Academy of Social Sciences, an editorial published in the state newspaper on Wednesday said, “India has engaged in border disputes with China, Pakistan and Nepal at the same time. As Pakistan is a reliable strategic partner of China, and Nepal also has close ties with China, and both of them are key partners under the China-proposed Belt and Road Initiative, if

India escalates border tensions, it could face military pressure from two or even three fronts, which is far beyond India’s military capability and this might lead to a disastrous defeat for India.”

Zhiyong told the Global Times that China has “no intention” to change the border situation at all, and the incident happened on the Chinese side of the Line of Actual Control that caused the deaths of 20 Indian military personnel “was entirely provoked by the Indian side”.

As per the state media, China demands that India should carry out a thorough investigation into the incident of June 15 that killed 20 Indian Army personnel, including a Colonel rank officer, during a violent clash with Chinese troops in the Galwan valley area, and severely punish those who will be held accountable so as to ensure that such incidents do not happen again.

“India must ensure that such incidents do not happen again. India must not misjudge the current situation, or underestimate China’s firm will safeguard its territorial sovereignty,” the editorial said further.

Meanwhile, a military expert at a Beijing-based military academy told the Times on conditions of anonymity that the reason behind China not releasing the number of casualties is that China does not want people in the two countries to get further impacted, as any comparison of casualties could incite nationalist sentiment on both sides, and such an event is totally unhelpful for the two to ease tensions.

External Affairs Minister S Jaishankar has said that India would like to ease the border tension through peaceful dialogue with China. While, his counterpart Wang Yi has stressed that China and India, both emerging powers with a population of over 1 billion, bear the historic mission of accelerating their own development and rejuvenation.

On Wednesday, Jaishankar spoke to Yi and said that China took “pre-meditated and planned action” that was directly responsible for the resulting violence and casualties. However, the two leaders agreed that the overall situation would be handled in a responsible manner and both sides would implement the disengagement understanding of June 6 sincerely. (ANI)